Former Barcelona captain Xavi Hernandez has announced on social media that he has tested positive for coronavirus and will self-isolate.

The Al Sadd coach said he got a positive result during a routine check ahead of the start of the Qatar Stars League (QSL) and is asymptomatic.

Xavi, 40, wrote on Instagram: “Today I will not be able to accompany the team on the return to the official competition.

“A few days ago and following the @qsl protocol, I gave a positive result in the last COVID-19 test they performed on me. Fortunately I am in perfect condition but, following the protocol, isolated until I have overcome it.

“When the health authorities allow me, I will join my daily routine and work with more desire than ever. I thank all the authorities and especially those responsible for @qsl, @qfa and @alsaddsc for putting at our disposal all the means for early detection that prevents further contagion and guarantees a normal development of the competition.”

Xavi turned down the opportunity to coach Barca earlier this year and recently signed a one-year contract extension with the club where he won the Super Cup and Qatar Cup in his first season.

The QSL resumed on Friday after being suspended since March due to the pandemic. Al-Sadd, who are third in the table, play Al-Khor on Saturday with five rounds remaining. 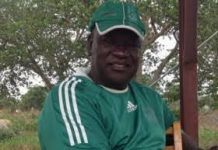