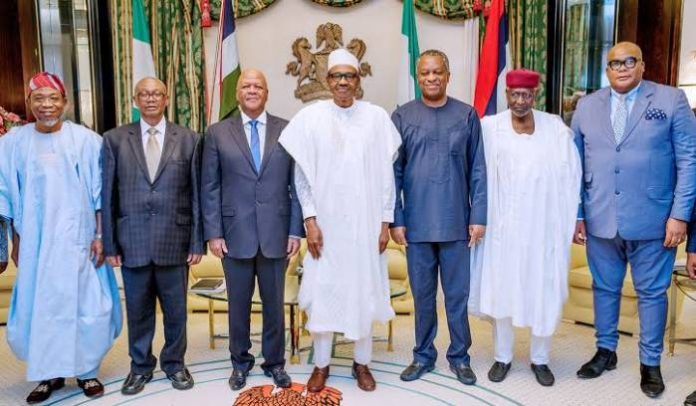 Speaking while receiving the South African government’s envoy, who ‘profusely apologised’ for the attacks, the President however, assured that relationship between the two countries “will be solidified.”

He quoted the President as saying: “Going back to historical antecedents, we made great sacrifices for South Africa to become a free state. I was a junior officer to Gen. Murtala Muhammad, and Gen. Olusegun Obasanjo. They were not operating in a democracy, but they got Nigerians to support them in the bid to see a free South Africa.

“Our leadership was quite committed to the cause. We made sacrifices, which younger people of today may not know. During my last visit to South Africa with the late President Robert Mugabe, it was very emotional, as Mugabe spoke about Nigeria’s contribution to free South Africa.”

Adesina said the President however extended appreciation to President Ramaphosa, through the Special Envoy, “for coming to explain to us what happened in South Africa recently, leading to killing and displacement of foreigners.”

He said Mr. Radebe had apologized on behalf of his President for what he called “acts of criminality and violence” that recently occurred, adding that “such do not represent our value system, nor those of the larger number of South Africans.”

Radebe assured that South Africa was an integral part of Africa, and was fully committed to peace and integration of the continent.

He also expressed his country’s unending gratitude for the role Nigeria played in ending apartheid, while hoping that the proposed visit of President Buhari would solidify relationship between the two countries once again.

Meanwhile, the Special Envoy disclosed that though 10 people died during the xenophobic attacks, no Nigerian was among.

He said those who died were, two Zimbabweans and eight South Africans.