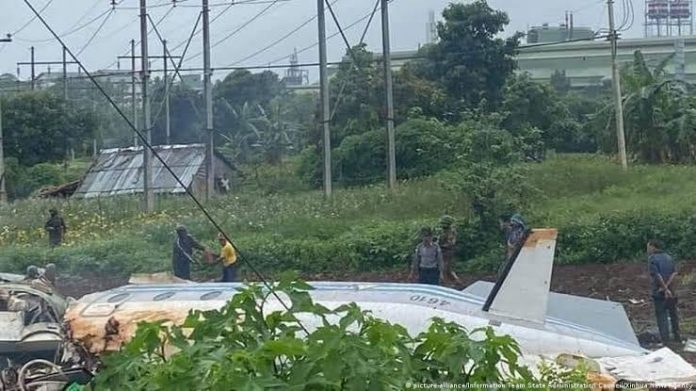 At least 12 people have died after a military aircraft crashed in Myanmar, according to a fire brigade spokesperson on Thursday.

The accident occurred near the central city of Mandalay, the spokesperson told dpa.

The weather conditions were very bad, according to local news reports.

Soldiers and Buddhist monks were on board.

The monks had been due to take part in a religious ceremony, the reports said.

The plane was en route from the capital, Naypyidaw, to the city of Pyin Oo Lwin and crashed shortly before landing, according to Myawaddy TV, a station run by the military junta.

Images were posted in social media showing the crashed plane.

Since the military staged a coup in early February and deposed the civilian government, there have been protests throughout the country, in spite of a bloody crackdown by the regime.

According to the Assistance Association for Political Prisoners, a non-profit, at least 858 people have been killed and more than 5,900 people have been detained since the military coup. (dpa/NAN)