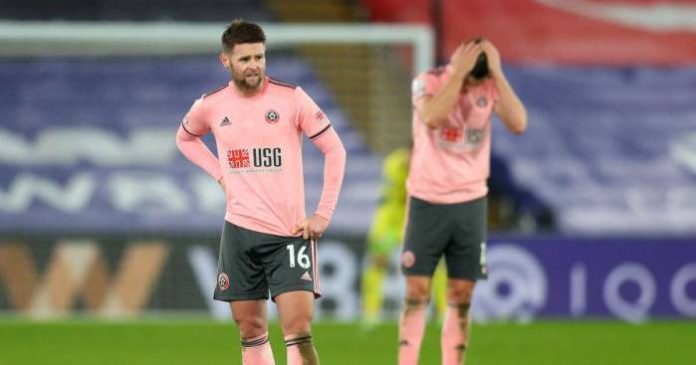 Sheffield United manager Chris Wilder has said there was “no hiding place” for him and his players after they suffered their 15th Premier League defeat of the season at Crystal Palace on Saturday.

Jeffrey Schlupp and Eberechi Eze scored a goal apiece as Palace heaped more misery on United with a 2-0 victory, leaving the Blades bottom of the table with two points, 11 adrift of the safety zone.

Wilder’s side have not won in 17 league games this season — the longest winless run from the start for an English top-flight side.

“We don’t look like an established club,” Wilder said.

“We are obviously not and we are fighting to gain that and it’s going to be an incredible struggle to do that from the position we are in.

“We’re obviously disappointed with the stats we’re being reminded of. It’s a harsh league when you’re off the pace as we have been for a long time, so it’s tough. There’s no hiding place for me and the players.”

The Blades were last season’s surprise package, when the promoted side finished ninth, but they have struggled with injuries in their fight for top-flight survival this season.

“I keep saying (that) people will always compare us to last year… Last year is last year and we can’t do anything about that,” Wilder said.

“That was us at our best… (with) no major injuries and players playing to the best of their abilities.

“(Today) we had nine missing players which would have hurt us even in League One, where we were four-and-a-half years ago.

“Both penalty boxes have decided the game and we weren’t good enough in either.”

Sheffield faces Bristol Rovers in the FA Cup third round on Jan. 9, before hosting Newcastle United in the league three days later. (Reuters/NAN)