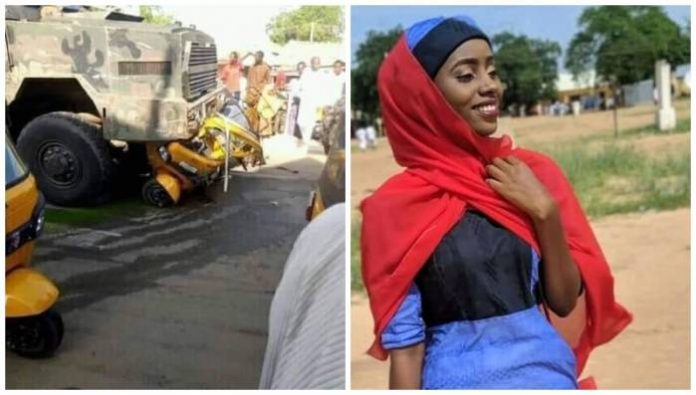 The Nigerian Army has commiserated with the families of the student and toddler killed by a military truck in Yobe state.

It has also set up a board of inquiry to ascertain what led to the unfortunate incident.

Recall that a military truck had crushed a tricycle, killing a 19-year-old student of Federal Polytechnic, Damaturu, and a baby and injuring three others.

READ ALSO: Buhari commiserates with Buratai over death of father

“The unfortunate accident is highly regrettable, especially that precious lives were lost – a toddler and a female student of the Federal Polytechnic Damaturu lost their lives.

“The sector wishes to use this medium to express our deepest sympathy in this trying time to the families of the deceased and also to wish other victims who are still recuperating in the hospital speedy recovery.”

According to the statement, a delegation from the sector had already visited the families of the deceased and those who sustained injuries.