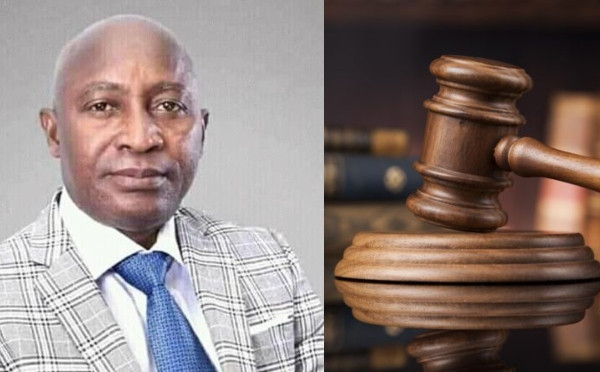 The Court of Appeal sitting in Makurdi, the Benue State capital, has affirmed the decision of the National/State House of Assembly Election Tribunal, sacking the Deputy Speaker Benue State Assembly Christopher Adaji (Ohimini/PDP).

Presiding Judge of the three man panel, Justice I. G. Mbaba, who delivered the lead judgment in the separate appeals filed by Peoples Democratic Party, PDP, and Christopher Adaji, held that the appeals lacked merit.

Justice Mbaba agreed with the decision of the Tribunal that the declaration and return of Adaji by the Independent National Electoral Commission, INEC, as winner of the 2019 Ohimini State Constituency election, without rerun in Otega and Ogadagba was invalid by reason of non- compliance with Electoral Act 2010 (as amended).

The Appellate Court further held that the findings of the Tribunal have not been appealed.

“I find no merit in this appeal,” Justice Mbaba held and consequently dismissed same.

He therefore, directed INEC to conduct fresh election in the two polling units within 90 days from the day of the judgment, as earlier ordered by the Tribunal.

Justice Mbaba further awarded the cost of N200, 000 only in each of the appeal against the appellants as cost.

Recall that INEC, had at the end of the March 9, 2019, Ohimini State Constituency election, returned Adaji as winner with a margin of 397 votes, which is less than 1, 056 votes cancelled in the two polling units complained of.