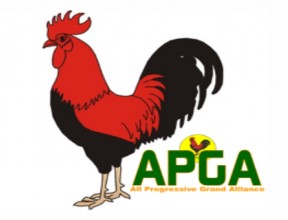 THE leadership crisis rocking the All Progressives Grand Alliance has taken a turn for the worse.

The party’s National Executive Committee, met in Abuja, on Tuesday, after which it announced the sack of the party’s National Chairman, Chief Victor Oye, and the indefinite suspension of six other members for anti-party activities. It also announced Chief Jude Okeke as the new acting national chairman.

This was announced by a factional APGA National Publicity Secretary, Ikechukwu Chukwunyere, at a media briefing after the party’s 114th NEC meeting, in Abuja, on Tuesday.

The new acting National Chairman, Jude Okeke, after taking his oath of office, said, “APGA had been enmeshed in leadership tussle for quite some time but it has ended today.

“I view this as a call to me to hold the torch so that others can see the light to take our party to the destination that every true and genuine APGA member desires we get to.”

On the Anambra governorship election, he said, “There will be only one governorship primary election in Anambra State and it has been scheduled to take place on the 1st day of July, 2021.

“By this NEC decision, the earlier announced primary elections announced on behalf of the party to be held on 23rd June and 25th June by both Chief Victor Oye and Chief Edozie Njoku are hereby cancelled.

All aspirants who bought forms from both of them are by this declaration of the NEC, advised to not keep away from those dates and venues.”

The new national chairman also overturned the disqualification of five aspirants by the Oye-led faction of the party. He advised Oye and his group against spending funds generated from the sale of governorship forms for the election because they will be required to render an account.

In response, the Oye-led faction, in a statement titled, ‘Our Leadership is Intact – Ozonkpu Victor Oye,’ which was also signed by a factional APGA National Publicity Secretary, Tex Okechukwu, dismissed the suspension of elected party officials by the Okeke group.

He said, ‘We wish to state without any equivocation as follows: That the so-called Jude Okeke and his cohorts are not officers or financial members of our great party and, therefore, did not have any powers to speak on behalf of the party.

Speaking to one of our correspondents on the telephone, Oye described his purported sack as laughable.

Oye said, “It’s what we see in every primary election, so no shaking. If this were in the civilised country, these people would be arrested and jailed.

“There is a procedure and you have to give INEC a notice to be able to convene a National Executive Committee meeting.”

He is the chairman of the National Executive Committee that convenes NWC. So, my purported removal is laughable and balderdash.” 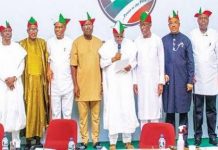 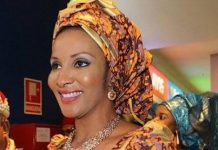