The All Progressives Congress (APC) in Lagos State on Sunday frowned at the visit by the governorship candidate of the Peoples Democratic Party (PDP), Dr. Olajide Adediran, to traffic law breakers.

The state government on Thursday auctioned 134 vehicles impounded for several traffic offences on the ground that their owners ran away and failed to turn up for “court process.”

The exercise generated a lot of reactions, especially on the social media after viral videos showed wailing vehicle owners who considered the auction as a harsh move.

The PDP 2023 governorship candidate and his running mate, Ms Funke Akindele, subsequently visited owners of two of the vehicles in their homes to placate them.

The candidate’s media aide, Mr. Gbenga Ogunleye, stated on Saturday that Adediran and his running mate visited the homes of Mr. Lateef Kolapo and Mr. Osinachi Ndukwe, both drivers whose vehicles were auctioned.

He stated that Adediran discovered during the visit that Ndukwe, who drove against traffic, was arrested and imprisoned for three months after his car was impounded.

Adediran said during Ndukwe’s jail term, he lost his three-year-old daughter owing to lack of funds to cater to her health.

The PDP candidate also said after the visit that Kolapo claimed that his vehicle was driven by his mechanic while he was ill and hospitalised.

The media aide also stated that Adediran, who frowned at violation of traffic, sympathised with the victims over their losses.

He assured them that if voted into office in 2023, such harsh punishment for violation of traffic rules would be reviewed.

According to him, good governance only thrives where law and order prevails.

“Our attention has been drawn to the recent characteristic charade of the PDP governorship candidate in Lagos State, Jide Adediran.

“It’s saddening that the candidate and his deputy, Funke Akindele, have graduated from playing politics with human lives to blatantly encouraging the breakdown of law and order in our dear state.

“The visit to citizens who paid the price for violating state traffic laws, compensating, inducing and encouraging them is an act that is totally unacceptable in any decent society.

“The move amounts to turning compassion and charity on its head,” Oladejo stated.

He described as pathetic Adediran’s interpretation that the loss of one of his hosts, whose child died recently, resulted from the taking away of the family’s means of livelihood.

Oladejo stressed that in actual fact, people had lost their lives to accidents as a result of driving against traffic.

“We are not surprised by the promotion of lawlessness by the opposition party as it remains consistent with their desperation as we count down to the next elections.

“The PDP may wish to note that Lagos residents are not fooled by their constantly playing to the gallery because they have nothing to offer.

“Our government has the political will and duty to uphold the state’s laws at all times without succumbing to needless blackmail in the name of irresponsible politicking,’’ Oladejo stressed. (NAN) 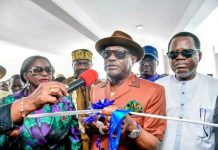 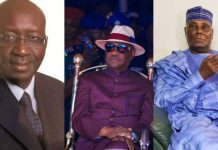 I Have No Disagreement With Adamu- Tinubu Says