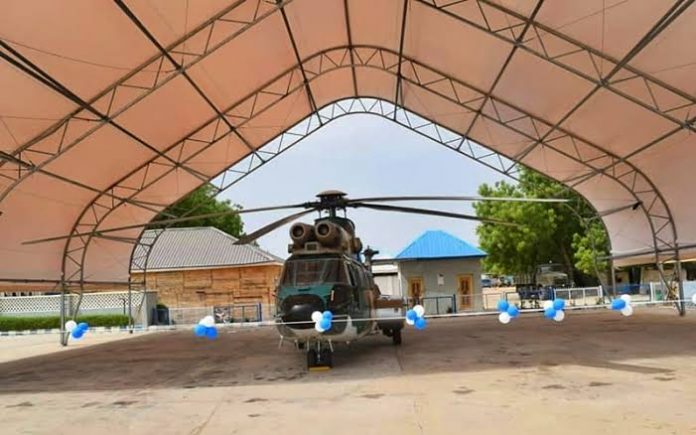 The Nigerian Air Force (NAF) is building an apron, hangar and aircraft shelters at the Umaru Musa Yar’adua International Airport in Katsina.

Air Commodore Ibikunle Daramola, the NAF Director of Public Relations and Information, made this known in a statement on Tuesday in Abuja.

He said the Katsina airport serves as the Headquarters of the Air Component of Operation HADARIN DAJI.

Daramola said the construction of the shelters followed the recent massive deployment of air assets and ground support equipment.

This is to reinforce internal security operations against bandits, cattle rustlers, kidnappers and other criminal elements in the North West and North Central parts of the country.

“The aircraft shelters would ensure that aircraft deployed for operations in the North West Theatre, with their delicate onboard avionics and electrical instruments, are not unduly exposed to the harsh effects of weather.

The Chief of the Air Staff, Air Marshal Sadique Abubakar, after inspecting the project site on Tuesday, said that the facilities being emplaced would no doubt enhance the NAF’s operations in dealing with bandits and other criminal elements in Katsina, Zamfara, Kaduna and surrounding states.