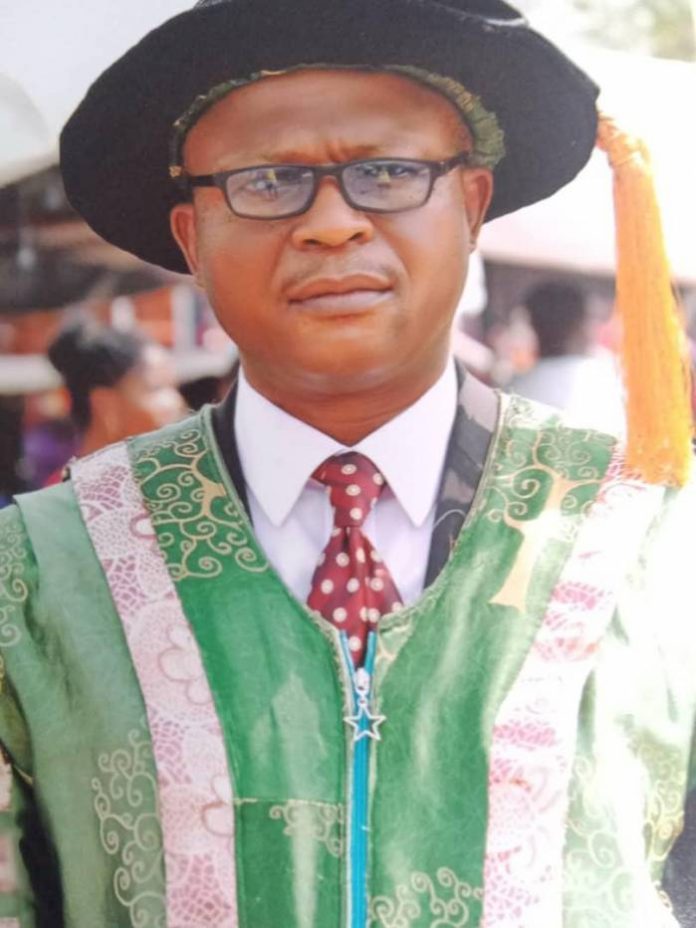 The Anambra State government has applauded Professor Nkem Moses Chendo , Dean of the School of Postgraduate Studies of Chukwuemeka Odumegwu Ojukwu University at Uli in Ihiala Local Government Area for emerging the president of the Chemical Society of Nigeria (CSN).

“Chendo is the first person from Anambra State to lead the society since its inception in 1971”, said the state Commissioner for Information and Public Enlightenment, C. Don Adinuba, in a statement in Awka today.

“This is a Renaissance or renewal period in the history of Anambra State, as not just the state government but also the individuals, teams and organisations from our place have in the last five years been demonstrating acute competitiveness in various endavours on both the national scene and the international stage”.

The two public universities in the state, Nnamdi Azikiwe University and Chukwuemeka Odumegwu Ojukwu University, won two weeks ago two of the three prizes in a national competition involving geology and geophysics students sponsored by leading petroleum companies in the country.

“Just last November an indigene of Anambra State, Professor Charles Egbu, became the first African and the first Blackman to become the vice chancellor of a British university”, stated Commissioner Adinuba who recalled how secondary school and university students from the state have in recent years been breaking records in different examinations.

According to Adinuba, Governor Willie Obiano has already spoken to the new Chemical Society of Nigeria president and told him to “go out of his way to achieve extraordinary results in the tradition of such Anambra sons and daughters as Professor Chukwuma Charles Soludo whose leadership of the Central Bank of Nigeria from 2004 to 2009 moved the CBN in a totally different direction, Professor Dora Akunyili whose leadership at the National Agency for Food and Drug Control and Administration (NAFDAC) set a new tone for the organization, Engineer Ndukwe whose headship of the National Communication Commission (NCC) led to a revolution in the telecommunications sector in Nigeria and Mrs Oby Ezekwesili whose performance as head of the Due Process Unit in The Presidency and whose leadership at both the Federal Ministry of Education and the Federal Ministry of Solid Minerals Development as well membership of the National Economic Committee made a fundamental difference”.

Chendo, a highly regarded industrial chemistry professor at the Anambra State government- owned university, was the founding Vice Chancellor of Legacy University, a private university established at Okija in Ihiala Local Government Area on account of the state’s new reputation as Nigeria’s safest and most peaceful state, according to the chairman of its governing council, Dr Leonard Nkameme, who described Professor Chendo as “truly a shining star in academics, administration and leadership”.