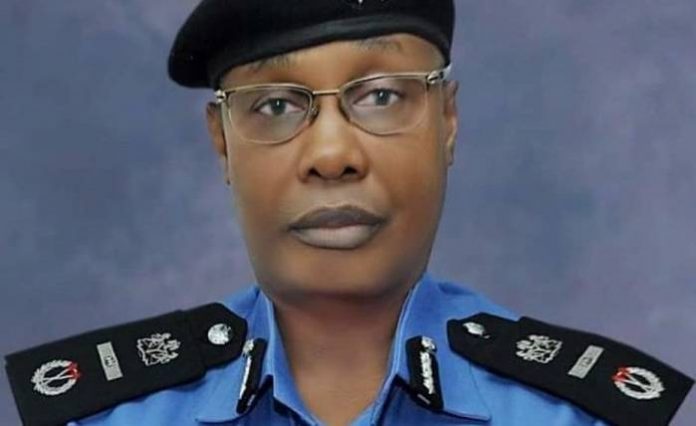 The Inspector-General of Police (IGP), Usman Baba, has said that the massive deployment of security for the Saturday Anambra governorship election was not to intimidate law-abiding citizens.

Baba, who said the clarification became necessary to counter the rumours being insinuated in some quarters, said the deployment was to assure residents of their lives and security.

He said that it was to reassure the people of adequate protection by deterring misguided political elements as well as non-state actors bent on threatening the elections through acts of armed violence or other conducts that violate the provisions of the Electoral Act.

Baba assured all “ndi Anambra” that security agencies were fully conscious of the threat by elements threatening to disrupt the electoral process.

The IGP explained that an election security management action plan that would engender effective coordination among INEC, the Nigeria Police, Military and personnel of other security agencies towards delivering a peaceful and credible election was in place.

“Aside the optimal deployment of our intelligence assets to proactively frustrate any threat to the elections, we have also deployed a total of 34,587 Police personnel for purpose of protecting the personnel and assets of INEC, the electorates, and residents of Anambra State during the exercise.

“This figure will be complemented by the Military and other security and intelligence agencies.

“Our election security is designed such that all the three senatorial districts, 21 Local Government Areas, 326 Wards and 5,720 Polling Units across the State will witness adequate security coverage,”Baba said.

He added that the massive deployment was to also serve as a strong warning that government was determined to bring such subversive characters to justice should they advance their ignoble, undemocratic and unpatriotic intents.

“The overriding objective of our operational action plan is to ensure an environment that is peaceful enough to encourage the law abiding people of Anambra State to exercise their electoral franchise.

“The message here is clear. For the political actors and electorates that are law abiding, they are fully assured of optimal security.

“However, for the destabilising elements and other deviants who despite all wise counsels are determined to deploy violence and other illegal means to advance their political interests or constitute a clog in the wheel of peaceful atmosphere for the election.

“They should be prepared for the consequences of their actions as they will be identified, isolated and decisively dealt with irrespective of their status, ideological inclinations or political affiliation.”

Baba assured all the people of Anambra State, Nigerians and the international community of security agencies firm commitment to support INEC in delivering a free, fair, credible and successful election in the State.

“I also wish to assure that the personnel of the Nigeria Police, as the lead agency in election security management, shall remain impartial, firm, accountable and professional in the exercise of their statutory duties as provided for in the Electoral Act and other enabling laws.”

Baba added that all the security personnel to be deployed for the election were under instructions to be guided by the Code of Conduct and Rules of Engagement for Security Personnel on Electoral Duty as developed jointly by INEC and security agencies.

He added that all security agents were fully conscious of the fact that they were under an obligation to perform their functions within rule of law and civil dictates.

The IGP warned that they could be held accountable for any conduct that negate the dictates of the Code of Conduct.

He, however, said that the success of the electoral process was fundamentally dependent on the extent of national passion and responsibility that all the strategic political actors seated here today can exhibit.

“It is also dependent on their commitment to cooperating and supporting INEC and the security agencies towards advancing our democratic values.

“Accordingly, while soliciting your support, we must draw your attention to the charge of President Muhammadu Buhari, that nobody or any group of persons should be allowed to use Anambra State as a staging ground to derail our democracy.”

The IGP said that in as much as security agencies would be professional, they would leave no one in doubt of their determination to give maximum effect to Mr. President’s charge.

He called on all the political parties to embrace the virtues of democracy by seeing elections as a call to service by the people and not ‘a-do or die’ affair.

He urged parents and guardians to counsel their children and wards to resist the unprofitable urge of being recruited, brainwashed and deployed to disrupt the election process.

He said that such would be forcefully resisted by the Nigeria Police, the Military and other security agencies.

He warned that no one was allowed to wear any cloth, emblem or colour signifying any political party to the polling units on election day.

“No person is allowed to move around with security details around the polling units.

“Indeed, appropriate directives have been given for the withdrawal or scaling down of such security details around politically exposed persons and other personalities in the State until after the elections.

“Everyone is enjoined to vote and return to their respective houses or remain peacefully within approved perimeters of the polling centres.

“No one is allowed to move about from one polling unit to another as there shall be restriction of movements on the election day.

“Only INEC accredited Election Monitors/observers are allowed to move around for the purpose of election monitoring and they must all wear their INEC accreditation tags.

“Only accredited journalists are allowed to cover the election. Such journalists must carry their accreditation tags.

“Praise singing, drumming and dancing around the vicinity of polling units are not allowed.

“Vehicles branded in any political party colour or emblems are not allowed to be deployed on any election assignment.

“Selling of alcohol beverages around the polling booths and collation centres is totally banned,”he warned.

Baba further warned that any person that violated any components of the Criminal Laws, before, during and after the elections shall be apprehended and dealt with in accordance with the requisite criminal law.

These according to him include, being in possession of weapons of violence of any description either on the streets or around the polling units, engage in any violent act, attack critical national assets, engage in corrupt inducement of the electorates, or threaten public peace in any manner. (NAN 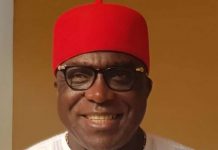 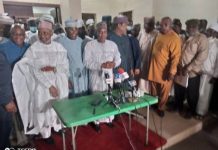 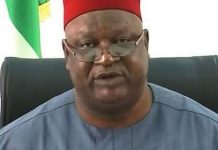 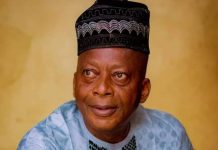