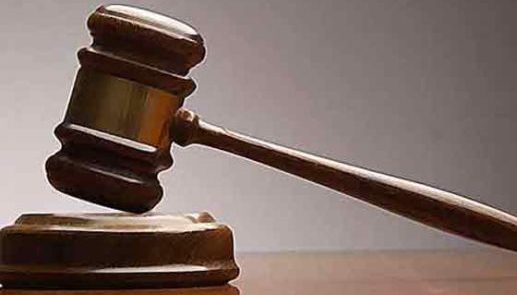 An FCT High Court Maitama on Tuesday ordered the prosecution to pay N100, 000 for stalling trial of Sen. Dino Melaye in the alleged falsehood suit filed against him.

Melaye, the senator representing Kogi West in the National Assembly, is charged with two counts bordering on giving false information to the police.

The Federal Government arraigned Melaye, alleging that he, sometime in April, 2017 deliberately gave false information to the police.

Justice Olasumbo Goodluck gave the order after the prosecution informed the court that their witnesses were not in court.

Goodluck held that by the provisions of Section 396 (4)(6) of the Administration of the Criminal Justice Act, 2015, parties are entitled to five adjournments and nothing more.

The judge said she was not pleased with the attitude of the prosecution in the matter, especially when the matter was placed on fast track, day to day hearing and the defendant’s counsel comes from outside jurisdiction.

“A cost of N100, 000 is therefore awarded against the prosecution instead of N250, 000 prayed by the defendant’s counsel ” she ordered.

The judge said the trial was slated for Nov. 19 and Nov. 20 and both dates of trial are stalled for failure of the prosecution to bring their witnesses to court.

Goodluck then adjourned the matter until Dec. 5, for continuation of trial.

Earlier, the prosecution counsel, Mrs. N.O. Ezra informed the court that her witnesses were not in court.

Ezra then prayed the court for an adjournment to enable them bring their witnesses.

Responding, defence counsel Olusegun Odubela, SAN, told the court that this was unfair to the defendant because the witness could not be more involved in Kogi election than the defendant who was a candidate in the election.

Odubela added that the prosecution did not tell the court the where about of their fourth witness.

“The prosecution have not adduced any cogent reasons why their witnesses are not available in court, in case the court grants them an adjournment, we will be asking for a cost of N250, 000, he said.

Odubela further told the court that since last sitting on July 4, the prosecution could have known and informed the court and the defendant’s counsel who comes from another jurisdiction.