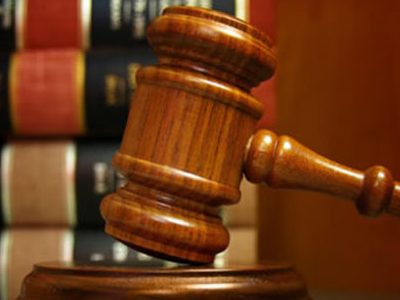 Adegboyega Adenekan, a Supervisor at Chrisland School, accused of defiling a pupil of the school has petitioned the National Judicial Council, NJC, accusing the trial judge, Justice Sybil Nwaka, of bias.

The News Agency of Nigeria, NAN, reports that Adenekan is standing trial for allegedly defiling a two-year-old pupil of the school.

At the resumption of the case on Tuesday, Nwaka had registered her displeasure at the defence’s delay in filing their final written address after the prosecution and defence had closed their cases respectively.

Addressing Mrs. M. Obi-Farinde, the defence counsel, the trial judge noted that the defence had filed a Motion on Notice dated Oct. 14 requesting that she exclude herself from the case as Adenekan had filed a petition against her.

“There is a Motion on Notice before me seeking that Hon. Justice Nwaka excuse herself from proceedings.

“As part of the Motion, there is also an exhibit which is a petition written by the defendant in the case of defilement against the judge to the NJC.

“This is a 2017 case and we have gone through the rigors of trial and at the point of conclusion, you come up with a Motion.

“I am adjourning till tomorrow, and you will come to court, move your Motion and adopt your final written address. If you are not here, the needful will be done,” the judge said.

Earlier during proceedings, Mr. Babajide Boye, the lead prosecutor in the case, informed the court that the defence had delayed filing of their court processes.

He said the delay on the part of the defence was a calculated attempt to “frustrate and abort” the case.

“It is clear that the defence is trying to stall proceedings, we apply that the right of the defence to reply the final written address be foreclosed,” Boye said.

Obi-Farinde in her response, denied the allegations of the prosecution.

“It is not correct that the defendant just filed its final written address; it was dated Sept 19 and filed on Sept. 20.

“The file was not in court because of the compilation of appeal, the counsel we sent missed the file,” she said.

Obi-Farinde noted that the defence needed time to respond to the prosecution’s final written address, which was dated Oct. 15.

“They (the prosecution) have raised certain issues that we need to respond to. It was not our intent to hold back the court.

“It is in the interest of justice and fair hearing for us to respond to the final written address,” she said.

Nwaka, however disputed the defence counsel’s claim that the file of the case was not in court.

The judge adjourned the case till Oct. 16 for adoption of the final written address.

NAN reports that Adenekan who was arraigned on Jan. 29, 2018 pleaded not guilty to a charge of defilement of the pupil.

According to the prosecution, the defendant defiled the complainant by having unlawful sexual intercourse with her.

The offence contravenes Section 137 of the Criminal Law of Lagos State 2011 which stipulatess a life sentence for anyone convicted of defiling a child.