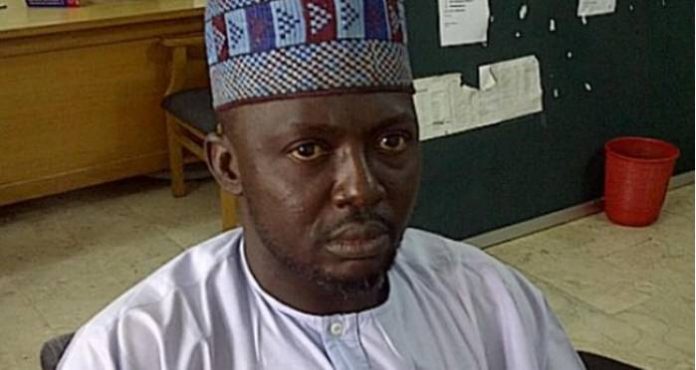 The spokesperson of Code of Conduct Tribunal, Ibraheem Alhassan, has been replaced after issuing a controversial statement on an alleged assault involving his boss, Danladi Umar.

Danladi Umar, chairman of the CCT, was caught on video physically assaulting a security man at Banex Plaza, Wuse 2, Abuja.

But in an attempt to explain what transpired before the incident, the tribunal issued a statement signed by Ibraheem Al-Hassan, CCT spokesperson, which contained grammatical blunders and ethnic slurs.

The statement added that the mob that attacked his boss consisted of “BIAFRAN boys throwing matches and shape object to his car, which led to deep cut and dislocation in one of his fingers, causing damage to his car, smashing his windscreen”.

When this led to a backlash, Alhassan said that he was instructed by his boss to include that Biafran boys attacked him.

Though his boss later confirmed this, many Nigerians expressed displeasure over the ethnic slur.

Chief Registrar of the CCT, Abdumalik Shaibu, confirmed to TheCable that Alhassan had been recalled by the Ministry of Information.

READ ALSO: No Intention To Impose Candidates On Akwa Ibom In 2023 –Akpabio

Shaibu confirmed that a replacement for Alhassan has already been sent to the tribunal.

The Chief Registrar was quoted as saying, “It is true. He was posted to us from there in the first place.

“I got the news that he has been recalled but there is no official letter yet from the ministry.

“I was told there is an official letter but we are still waiting for it. A replacement came in last week Friday, and Ibrahim came to introduce him to us.

“We are hoping an official letter will coming this week so that the new person can resume fully.”