Home Politics Alex Otti back in the race for Abia governorship 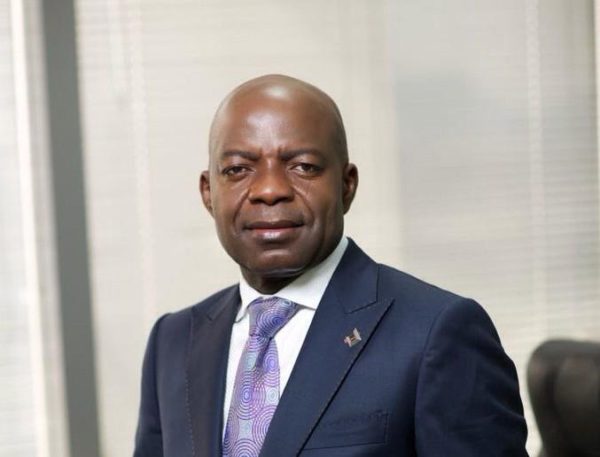 Dr. Alex Otti, a former governorship candidate of the All Progressives Grand Alliance, APGA, in the 2015 general elections in Abia State on Friday declared his interest to run again in 2019.

Otti, a former banker and renowned financial expert, told a mammoth crowd of his supporters at Ngwa High School, Aba, venue of the formal declaration, that he would seek election as governor in order to restore Abia to the path of growth and socio-economic development.

“I have decided to contest again for the governor of the state because the Pharoahs of Abia must be forced to let Abians go free,” he said.

Otti debunked the rumour that APGA had two factions, saying that it was sponsored by the enemies of Abia and APGA.

He gave a detailed narration of how the mandate given to him in 2015, was allegedly stolen but warned that such daylight robbery would never happen again.

He appealed to the electorate, especially the youths, to rise to the challenge and defend their vote in 2019.

“You all should rise to defend your vote. This is a collective responsibility. When you do your bit and we do our own best, it will be impossible for anyone to rig the election.”

Otti said that the outcome of the election in Ekiti last Saturday showed that it had become difficult for anybody to rig elections in Nigeria again.

According to him, “the Independent National Electoral Commission ( INEC ) has improved on the electoral process and has made it difficult for anybody to rig elections again.”

He decried the inability of the Governor Okezie Ikpeazu-led administration to address the infrastructure deficit in the state and ensure regular payment of pensions and salaries.

In his speech, the former National Chairman of APGA, Senator Victor Umeh, said that it was obvious that Abia people gave their mandate to Otti and APGA in 2015.

Umeh alleged that the mandate was stolen but assured the electorate that the 2015 experience would not happen again.

He said that APGA was strategic for Ndigbo because it was the only party that would bring enduring development to the area.

“Igbo land must be made better through the placement of respected and upright men and women in positions of political leadership in the zone,” he said.

He urged the Abia electorate to be vigilant in 2019 “so that you do not allow the electoral robbery of 2015 to repeat itself.”

The Deputy Governor of Anambra State, Dr. Nkem Okezie, who represented Governor Willie Obiano at the rally, thanked Abia people for their relentless support to Otti and APGA.

Okeke promised that the people and government of Anambra State would rally support for the party in Abia in order to ensure its victory at the polls in 2019.

The state chairman of the party, Rev. Augustine Ehiemere, said that the party would leave no stone unturned in 2019 “to reclaim its stolen mandate.”

He said that the party would put an end to godfatherism in Abia as it did in Anambra.

“This is to ensure that the state moves forward like its sister-states in the South East,” he added.