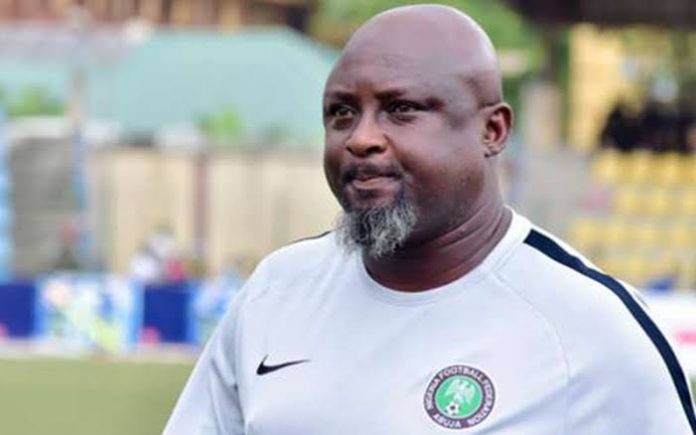 Kennedy Boboye, the Head Coach of Akwa United Football Club of Uyo, on Sunday attributed their success to players’ determination and the grace of God upon the team.

Boboye, whose team are now the new champions of the Nigeria Professional Football League (NPFL), told journalists in Uyo that the players and officials worked hard for their victory.

The win gave them an unassailable nine-point lead over second-placed Nasarawa United of Lafia who have a game in hand.

Boboye said his players played according to instructions and put in their best in the day’s match to ensure the victory.

“First, I give this victory to God, second to the players’ determination, as they were there for me. All the players, including the ones who have traveled out. Kudos to everybody.

“I give thanks to God, I feel good and it is the joy of every coach. That is what every coach wants at the end of the season. That you try as much as you can to win the trophy.

“It has not been an easy one though, but I have to give kudos to the players, the management team and the Akwa Ibom Government.

“Everybody’s hands were on deck for us to win this year’s league. I say thanks to them all,” he said.

Boboye then promised that Akwa United FC would work hard to impress all in the 2021/2022 CAF Champions League, which they have now qualified for by virtue of their new success.

He assured the fans, media and all Akwa Ibom people, all of whom he thanked for their show of love and support to the team, that they would not disappoint them next season.

Udoh, who recently returned to the team, said he was appreciative of his teammates and coaches for giving him the opportunity to play in the league.

“Today, I am proud of this victory. I am very happy for everything that has happened. I appreciate my teammates and the coach for giving me the opportunity to play the league. So, success all the way,” he said.

The highpoint of the match was the presentation of trophy to the winning team, which was herald by fireworks.

Meanwhile, the Akwa Ibom Council of the Nigeria Union of Journalists (NUJ), in a statement on Sunday in Uyo described the victory as historic.

The statement, which was jointly signed by Council Chairman, Amos Etuk, and Council Secretary Dominic Akpan, said the victory was pleasing and inspiring.

The Union congratulated the team and stated that the success as a sweet fruit of the club’s determination and hard work.

“We congratulate Gov. Udom Emmanuel for his untiring support for Akwa United, the Commissioner for Youth and Sports, Monday Uko, Chairman of the club and renowned sports journalist, Paul Bassey, players and officials for their input in realising the dream of winning a league title.

“We urge the club to reach for the stars in the CAF Champions League campaign, which begins in September and push to retain the League next season, because these are the hallmarks of champions,” the statement read.(NAN)