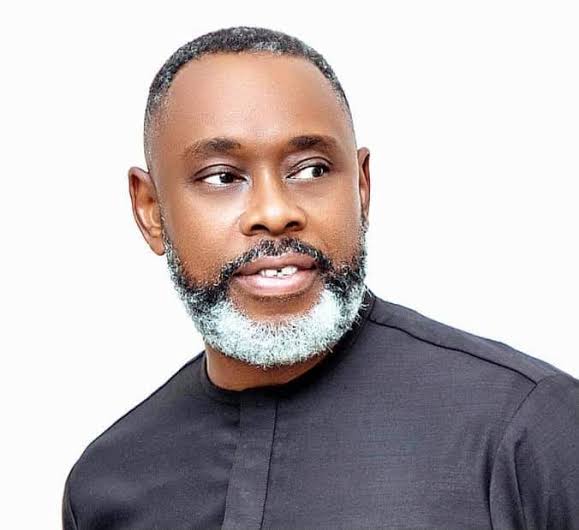 A Federal High Court (FHC) in Abuja has fixed Nov. 28 to deliver a ruling in a motion filed by Sen. Ita Enang, seeking to be joined in the suit filed by Akanimo Udofia and the All Progressives Congress (APC) against Independent National Electoral Commission (INEC).

Justice Emeka Nwite fixed the date on Monday after counsel for the parties adopted their processes and presented their arguments for and against the motion.

The News Agency of Nigeria (NAN) reports that Enang, former Special Adviser to the President on Niger Delta, had filed the motion on notice marked: FHC/ABJ/CS/1290/22, after Justice Nwite granted him leave to do so.

The application, seeking to join Enang, a governorship aspirant of APC as 2nd defendant in the suit, was dated and filed on Oct. 12.

APC and Udofia had sued INEC as the sole defendant in the matter.

He is also asking for an order directing the commission to publish his name as forwarded by the party to it.

The plaintiffs had, in the suit, argued that INEC cannot refuse to publish the name of a person sent to it as the candidate of a political party.

The court after listening to parties in the suit had fixed Oct 6 for judgment.

But the appearance of Enang in court forced the judge to halt the delivery of the judgment.

Enang drew the attention of the court to his presence as a party seeking to be joined in the matter.

He argued that he would be prejudiced if the court delivered its judgment without hearing him out.

Meanwhile, in the affidavit in support of the motion for joinder, Enang averred that contested in the APC Akwa Ibom governorship election of May 26, alongside with the 2nd plaintiff (Udofia) and others.

He argued that the intention of the plaintiffs is to obtained judgment behind his back, having refused to serve him with the court processes knowing that he is a necessary party for the just determination of this suit.

Enang therefore urged the court to grant his application to enable him protect his interest as a candidate of the APC in the governorship election.

When the matter was called, Enang, who appeared for himself, told the court that on Oct 19, he filed better and further affidavit where he exhibited INEC’s report that there was no governorship primary for APC in Akwa Ibom.

He said that Udofia filed the suit despite a similar matter which had been reserved for judgment in Uyo division of the court.

He told Justice Nwite that he had set out the prayers in Abuja and Uyo courts clearly in his points of law filed to make it easier for the court to determine that the two matters are similar.

“My lord, this is the same subject matter, same claim and same parties. I have not seen this practice for a long time.

“As a trustees at the bar, I have not seen a situation where counsel in a matter who have appeared before the same court sitting in another jurisdiction will file a case like,” he said.

He called the attention of the court to FHC’s chief judge’s Practice Direction which states that parties, in a pre-election matter, must filed non-duplicity of suit.

He argued that Udofia and his lawyer filed a non-multiplicity of suit before Abuja court despite a similar matter pending in Uyo court.

He vowed to take up the matter against them.

“On why I should be joined in the suit, I am the appropriate person who contested and won in the election. If any name must be forwarded to INEC, it has to be my name,” he said.

Enang, who alleged that Udofia was not an APC member as at the time the poll was conducted, said he (Udofia) contested in the PDP governorship primary election held on May 25 before coming to contest the APC primary on May 26.

“We have also exhibited the ballot papers of the PDP in our application,” he said.
Lawyer to the plaintiffs, Valentine Offia, opposed the application.

Offia, who urged the court to dismiss Enang’s motion, said the subject matter in the two suits are different.

He said while Udofia is contending INEC’s refusal to accept his name as forwarded to it by APC, Enang’s suit in Uyo stemmed from the election conducted on May 26.

The judge consequently fixed Nov. 28 for ruling on Enang’s motion for joinder.(NAN)