These are measures put in place to strengthen the Commission to achieve its mandate. Inaugurating the new Committee, the Minister of Niger Delta Affairs, Senator Godswill Akpabio said the story of NDDC in the last 19 years has not been rosy. “You have a stunted child who could have been a six footer. We need to find out the reason why the child could not grow… I want to thank President Buhari for the interest he has shown in the Niger Delta region. That is why he ordered the forensic audit of the Commission. As soon as the forensic auditor was appointed, there was need to inject new blood into the Interim Management Committee. The NDDC must change and we will all work together to achieve that,” Senator Akpabio said.

Indeed there is a general consensus that the NDDC has not lived up to the expectation of the Niger Delta people and other Nigerians. There is an agreement that what is on ground in the Niger Delta region does not justify the humongous resources that have been made available to the Commission.

A Commission with the potentials of changing the development narrative of the Niger Delta region has, according to the Minister of Niger Delta Affairs, turned into an automated teller machine (ATM) to politicians and few privileged individuals who have access to the men in power, while the ordinary Niger Delta people are left to bear the brunt of environmental degradation, poverty and underdevelopment.

All the Governors of the Niger Delta States agree that the NDDC has not lived up to the expectation of the people. It was in response to their complaints about the humongous sleaze that have been perpetrated in the interventionist agency over the years that made President Buhari to order the forensic auditing of the Commission from 2001 to 2019. The decision has been hailed as a courageous step by the President to redirect the Commission on a path of development.

According to a national newspaper in recent editorial justifying the forensic audit ordered by President Buhari: “The planned exercise, which should find out all kinds of mismanagement, operational discrepancies, roughish transactions, corrupt disbursements, fraudulent contracts, criminal accounting and other such practices, is the best way to unravel the rot in one of the boldest interventionist initiatives the country has ever embarked upon and stop it from being the drain-pipe on the nation’s resources it has become, an otherwise noble idea with a view to accelerating development in the area from which gets its income, the NDDC has over the years been turned into an avenue for political patronage and corrupt enrichment.,” the newspaper said.

With all the financial inflow from the Federal Government, the International Oil Companies, development partners and other sources, the current debt profile of NDDC stands at about N2 trillion. This has led to the littering of the region with over 12,000 uncompleted and abandoned projects. Typically, jobs done by the NDDC contractors are shoddy and sub-standard. It is the expectation of the Niger Delta people that the forensic audit as ordered by president Buhari will unravel what went wrong in NDDC and moving forward, how things could be done right.

Check this out: in the almost 20 years after it was established, the NNDC has been operating from a rented headquarters building. The headquarters building started since the days of the Oil Mineral Producing Areas Development Commission (OMPADEC), the progenitor of NDDC, has remained uncompleted while the Commission pays about N300 million as rent every year.

On assuming office as Minister, Senator Akpabio made it clear that this was unacceptable and gave the Commission a marching order to complete the building. No reasonable person who earns so much would prefer to be a tenant. The good news is that the new Interim Management Committee headed by Prof. Pondei has given his words that the new structure would be ready for the President to commission by end of April.

As the Minister of Niger Delta Affairs it has become the lot of Senator Godswill Akpabio to supervise these processes and return the NDDC to a path of sanity. Rather than being commended on this onerous task of repositioning the NDDC, several vested interests who would want the NDDC to be business as usual have sponsored media attacks of the Minister because he has dared to tread where angels feared.

For instance, in a recent sponsored attack on the Minister by an amorphous group which calls itself “Niger Delta Watch” the self styled group purporting to speak for the Niger Delta people in an article titled: “Akpabio has brought NDDC to its knees – Niger Delta Group” campaigned vigorously against the forensic auditing of the Commission and the setting up of the Interim Management Committee by the President to oversee the process of the forensic audit.

These are hack writers doing hatchet jobs for the same people who have held the Niger Delta region down over the years. The contractors among them are scared stiff that the wanton pillaging of the resources of the Niger Delta people which they have perpetrated over the years will be uncovered by the forensic audit and they may be asked to make refunds. For this reason they have a well coordinated sponsored attack of the Minister of Niger Delta Affairs, Senator Akpabio. In fact they want him out by all means so that the forensic auditing of the interventionist agency may be truncated.

Majority of the people of the Niger Delta have applauded President Buhari for ordering the forensic audit and they say posterity will be kind to him as one who had the development of the region at heart. The immediate past Chairman of the Board of the Commission, Senator Victor Ndoma-Egba in a recent interview said, “I am very much in support of the move. Certainly, the NDDC needs a forensic audit. And that need has been there for a very long time. The President has taken the right step in the right direction,” he said. It is only those who do not mean well for the Niger Delta region, who have benefited or their masters have benefitted from the looting of the agency who are against the forensic audit.

In another sponsored media attack by one Abiye Tolofari, titled: “Why Buhari must stop Akpabio’s circus at the NDDC,” he argues also against the setting up of the Interim Management Committee and the forensic auditing of the Commission. It is obvious that some contractors and politicians have become jittery at the mention of forensic audit of the NDDC.

It is a well-known fact that NDDC had become a cash cow to many politicians in the past. It has created emergency millionaires through contract racketeering. All it took to become a billionaire was to be connected to one big man in NDDC. As recently revealed, contracts were awarded to some companies before the companies were registered by the Corporate Affairs Commission. That is why interim payment certificates are flying all over the Niger Delta even when the contactors have not even identified the project sites.

The setting up of the Interim Management Committee by President Buhari with the sole mandate of birthing the forensic is a stop-gap measure to sanitize NDDC.  Every patriotic Niger Delta person supports this move that will restore the Commission to the path of sanity. But the hawks would have nothing of sort. They are anxious for another set of board members to come in without the necessary corporate governance structure and continue the pillaging of the common patrimony of the Niger Delta people. For them, it should be business as usual.

So much noise has been made about the legality of the Interim Management Committee. They question the power of the President to set up the Committee. This is neither here nor there except to obfuscate the main issue. In the recent past, Mrs. Ibim Semenitari ran the NDDC as a Sole Administrator. Prof Nelson Brambaifa was also the Managing Director in an interim capacity so also was Dr Akwagaga Enyia. And yet hell was not let loose. The issue is not about the legality or otherwise of the Interim Management Committee. It is about the forensic audit which they don’t want.

Considering the desperation of the hawks, it is safe to conclude that the sponsored attacks on Senator Akpabio through radio and television talk shows, newspaper opinion articles, for stopping the pillaging of the common patrimony of the Niger Delta people will continue with greater intensity in the coming days. But the people who have borne the brunt of underdevelopment of the region are happy for the steps that have been taken to reposition the NDDC.

Ekong is Chief Press Secretary to the Honourable Minister of Niger Delta Affairs. 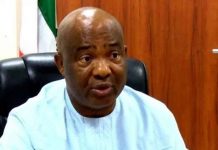 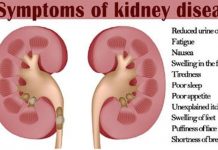 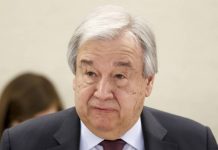 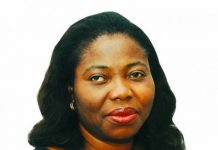 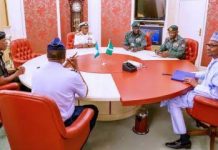