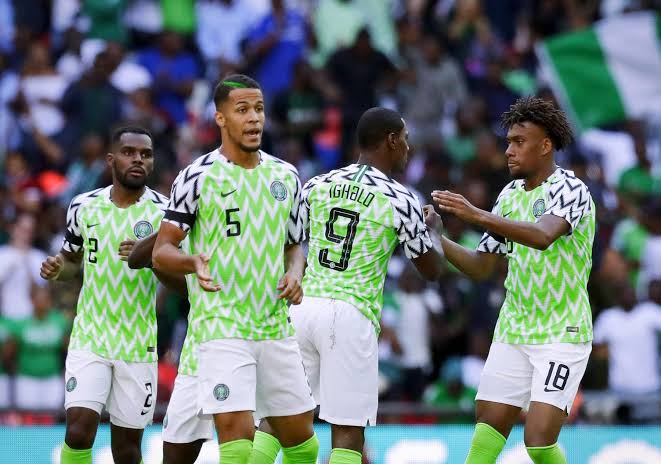 The Federal Government has named a high powered delegation, to lead Nigerian contingent to the forthcoming Africa Cup of Nations (AFCON) tournament, starting in Cameroon on Sunday.

Toyin Ibitoye, Special Assistant to the Minister of Youth and Sports Development, Mr. Sunday Dare, disclosed this in a statement on Tuesday in Abuja.

He said the delegation would be led by the Lagos State Governor, Mr. Babajide Sanwo- Olu.

Others were, Speaker of the House of Representatives, Mr. Femi Gbajabiamila, Deputy Senate President, Sen. Ovie Omo-Agege, Chairmen of the Senate and House Committees on Sports, Mr. Obinna Ogba and Mr. Olumide Osoba.

Other members of the delegation are, the Head of the Civil Service of the Federation, Mrs Folashade Yemi-Esan, the Governor of the Central Bank of Nigeria(CBN), Mr. Godwin Emefiele, and Minister of Works and Housing, Mr. Babatunde Fashola.

Others are, the minister of youth and sports development, Minister of Agriculture, Mr. Mohammed Abubakar, Ministers of State for Finance, Mr. Clem Agba, Agriculture, Mr. Mustapha Baba Shehuri and Science and Technology, Mr. Mohammed Abdullahi, the Special Adviser to Mr. President on Sports, Mr. Daniel Amokachi as well as a representative of the Department of State Security(DSS).

The delegation is expected to leave for Cameroon on Monday, ahead of Nigeria’s first game on Jan. 11 in Garoua.

The Super Eagles are in Group D alongside Egypt, Sudan and Guinea Bissau.

The group games will be played in Garoua with Nigeria’s first game against Egypt. (NAN)