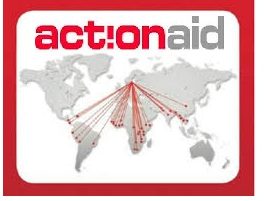 Children from nine rural communities in Gombe State were treated to fun and other recreational activities as part of events marking this year’s (2022) Day of the African Child.

The selected children and their teachers were assembled in Laken Turum Primary School, Shongom Local Government Area, where they were engaged in recreational activities such as dancing and race competition as well as Drama.

According to Shamsudeen Abdullahi, Programme Officer of Joint National Association of Persons With Disabilities (JONAPWD), Gombe State chapter, the children’s activity was organized with funding by Actionaid International and was intended to make the children happy and feel belonging.

He said the day of the African Child is marked on 16th of June every year and that this year’s activity was brought to the rural communities by the Gombe chapter of JONAPWD because they are often times neglected.

He explained that the theme of this year’s celebration was “Elimination of all forms of Harmful Traditional Practices”, adding that JONAPWD in conjunction with ActionAid have been in the vanguard against all forms of child abuses.

He called on parents to help in the elimination of these harmful traditional practices especially marrying out their children (girls) at a tender ages.

Rather, he stressed, children should be encouraged to go to school. “Parents can help in eliminating these harmful traditional practices such as early marriages. It affects the lives of girls and women generally. They need to be empowered with knowledge because if you empower a woman, you empower the society”.

He also called on Government to make laws that will make it an offence on parents if they don’t send their children to school especially in rural communities adding that all efforts should be made to include Western education in Tsangaya (Almajiri) system of education.