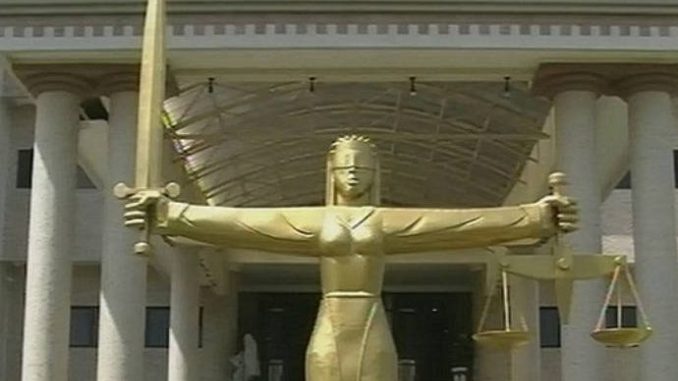 An Accountant with the Church of Brethren in Nigeria, Adamawa, Ibrahim Aku, has been sentenced to 18 years imprisonment by a High Court sitting in Yola.

Justice Nathan Musa, handed down the sentence while delivering judgment in case of defrauding the church.

The Economic and Financial Crimes Commission, (EFCC) had brought six count charge bordering on forgery and obtaining money to the tune of N15. 5m by false pretense.

The money, according to the EFCC said, was generated by the church members through offerings, donations and tithes.

Delivering judgment on Monday, Justice Musa, convicted the defendant on all six counts and sentenced him without an option of fine.

The judge also ordered Aku to pay back the money as restitution to the church while the proceeds recovered in the course of investigation should be sold by appointing valuers to sale and remit same to the church.

Aku had pleaded guilty to all the six counts.