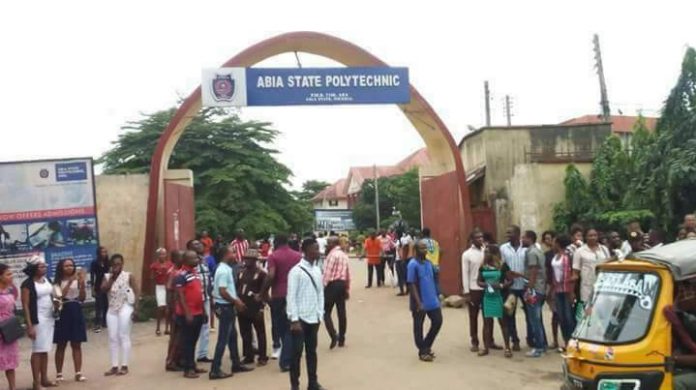 The institution’s Rector, Prof. Ezionye Eboh, who disclosed this at a press briefing in Aba on Thursday, said the planned move was in conformity with global best practices.

According to him, the proposed system will also ensure transparency and accountability in the school’s educational system as well as help parents to keep tab on their children’s or wards’ progress in school.

“Once the results are keyed into the portal, alteration will be difficult, unless you get permission from the academic board.

“It will reduce a lot of ills and academic practices, inherent in the system and also ensure that our results are released much faster than we are doing now,” he said.

Eboh,further disclosed that the polytechnic’s examinations officers had received necessary training from its internet service provider, to prepare them for the take off of the process.

“We have found ourselves in a very difficult situation warranting necessary surgery to save the soul of Abia State Polytechnic.

“This means there is a compelling need to restructure, to make Abia Polytechnic more focused and result oriented,” he said.

The Rector revealed that he met a wage bill of N180 million, on assumption of office, adding that he had been able to reduce it to N165 million.

Eboh at the briefing, debunked an online report alleging that his administration criminally appropriated books donated to the school in 2007, by Books For Africa (BFA) and Emeka Offor Foundation, to a TETFund sponsored project.

According to him, TETFund visited the school in December 2018 and after taking inventory of their donations and projects in the institution, gave it a clean bill of health.

He assured that the institution was committed to the visions of its founding fathers with the showcasing of some scientific inventions, including the production of an unbreakable light bulb, with 15 years life span.