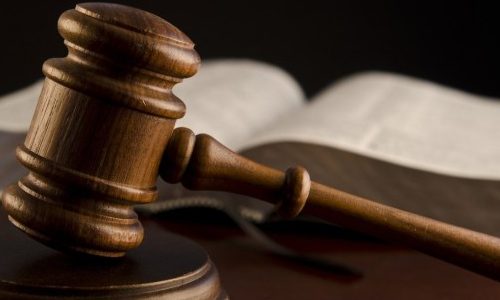 No fewer than 785 witnesses are expected to appear before the Kano State Governorship Election Petition Tribunal to testify for All Progressives Congress, APC, and Peoples Democratic Party, PDP, on the conduct of the March 2019 governorship elections in the state.

Counsel to the petitioners and respondents told the Tribunal at a pre hearing session on Saturday in Kano that they were ready with their witnesses.

Counsel to Gov. Abdullahi Ganduje, the second respondent, Mr. Effiong Effiong, SAN, said they have assembled 203 witnesses who would testify before the tribunal in support of the elections won by Ganduje.

He explained that the witnesses had met the stipulated requirements laid down by the law to testify before the Tribunal.

Also, Counsel to the APC Mr. Christopher Osiomole said the party would also present about 300 witnesses while Ahmed Raji, SAN, counsel to the first respondent, the Independent National Electoral Commission, INEC, said the commission has 29 witnesses.

Earlier, counsel to the petitioners, Adegboyega AAwomolo, SAN, disclosed that the Peoples Democratic Party, PDP, and its candidate, Abba Kabir-Yusuf, would present over 253 witnesses to testify against the victory of Gov. Ganduje.

At the sitting, Awomolo prayed the tribunal to strike out the contempt charge he filed against INEC as it had availed the petitioners with all the documents needed for inspection, except two.

Responding, Counsel to INEC, Ahmed Raji requested that the documents released by the commission to the petitioners be inspected at the court premises in view of the fact that the court complex is a neutral ground.

In her ruling, the Chairman of the tribunal, Justice Halima Shamaki struck out the contempt charge filed against INEC and adjourned to July 16, for continuation of the pre trial hearing.

NAN reports that the PDP and its gubernatorial candidate, Abba Kabir-Yusuf, are challenging the declaration of Ganduje of APC as winner of the March 23, governorship election in Kano state.