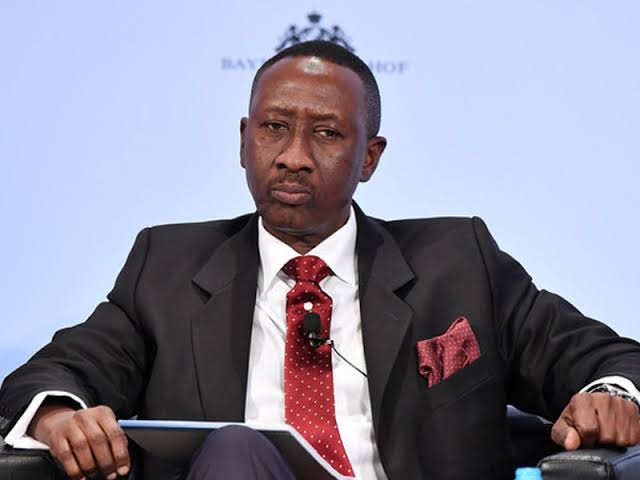 The National Security Adviser, NSA, Maj-Gen. Babagana Monguno (rtd), on Thursday raised the alarm that an estimated seven million illegal weapons are in the possession of non-state actors and criminal elements in the country.

According to him, over 70 per cent of the 8 to 10 million illegal weapons in West Africa are domiciled in Nigeria.

Monguno made the disclosure at a one-day strategic forum for heads of security agencies of the 36 states and the FCT at the National Institute for Security Studies, NISS, Abuja.

“It is estimated that over 70 per cent of the 8 to 10 million illegal weapons in West Africa are domiciled in Nigeria and in the hands of non-state actors and criminal groups.

In his keynote address titled, “Contemporary Security Challenges in Nigeria: Implications for National Security”, the NSA noted that the past decade had witnessed various security challenges, that had negatively affected the socio-economic growth and political development in the country.

He listed some of the threats to national security as: terrorism, activities of international oil thieves/vandals, cattle rustling, effects of climate change, among others.

“The most prominent terrorist activities which involves Boko Haram Terrorists and Islamic State of West Africa remains a major existential threat to the country.

“The activities of violent non-state actors, especially terrorists in the North East, armed bandits in the North West and North Central as well as militants and sea robbers in the South South, continue to impact heavily on Nigeria’s economy,” he said.

On the military’s involvement in internal security operations, Monguno said it was necessitated by the complexity of contemporary security challenges, which have “overstretched” the capacity of the police.

“The military aspect of national security refers not just to responses to military threats, but the use of military instruments to
address broader security issues.

“However, the complexity and intensity of the numerous security challenges in the country has necessitated the involvement of the Armed Forces to participate in aid of civil authority.

“This is primarily due to the fact that the Nigeria Police Force has been overstretched in containing most of the threat situations.”

Monguno called on regional armies and security agencies to dominate ungoverned spaces and track financing of terrorists, as ways of curbing the security challenges facing the country.

In his welcome address, the Director-General, DG, of the State Services, Mr. Yusuf Bichi, emphasised the strengthening of synergy among the security agencies as a critical step in tackling security threats in the country.

He noted that the essence of engaging heads of security from across the country was to foster unity and understanding among the participants, for effective delivery on national security mandate.

He further noted that no single security service can deal with the nation’s security challenges without partnership.

Also speaking, a former Director General of the service, Mr. Afakriya Gadzama, expressed reservation over the clamour for state police.

He wondered how some governors, who are struggling to pay salaries will be able to fund the initiative.