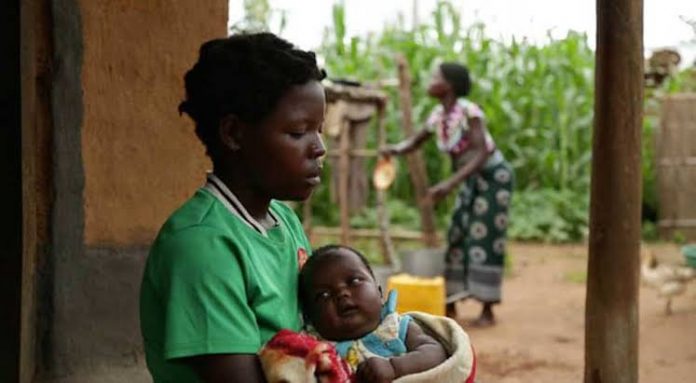 Mr. Muhammad Abdullahi, Chief of Staff to Gov. Nasir El-Rufai of Kaduna State, says over 38 per cent of girls in Soba Local Government Area of the state get married before the age of 15.
Abdullahi disclosed this in Kaduna on Wednesday, at the official launch of the 2021 State of the World Population Report by the United Nations Population Fund, in collaboration with the Planning and Budget Commission (PBC).
He said that the findings was based on the current General Households Survey conducted by the state Bureau of Statistics, and currently being validated by relevant stakeholders.
According to him, the survey also shows that over 30 per cent of girls in Kubau and Kudan LGAs were also married off before they turn 15 years.
He said that at the zonal level, over 32 per cent of girls are married off before age 15 in Kaduna North Senatorial Zone, 15 per cent in Kaduna Central and 17 per cent in Kaduna South.
The chief of staff added that the survey equally shows 49 per cent prevalence of female genital mutilation in Makarfi LGA and 34 per cent in Giwa LGA.
READ ALSO: Veteran Nollywood Actor Yemi Solade Supports Twitter Ban
He also said that more disturbingly, 73 per cent of women in Birnin Gwari LGA and 0.4 per cent in Zaria LGA said that it was okay for a man to beat a woman.
“Therefore, for us in Kaduna State the 2021 State of the World Population Report is timely and will help us look deeply into these disturbing statistics.
“The relevant ministries, departments and agencies, particularly Ministry of Health, Human Services and Social Development and PBC will study the report closely and provide a clear implemention plan for some of the recommendations.
“Particularly areas that are important to the people of Kaduna State,” he said.
He said that the conversation on achieving bodily autonomy would be championed by traditional and religious leaders, and influential  groups in communities.
This, according to him, will ensure that what the government is pursuing, are of importance to the people of the state.
“It is my belief that policy makers, lawmakers and all duty bearers will provide the needed support to implement key recommendations in the report,” he said.
Earlier, Prof. Hauwa Yusuf of Criminology and Gender Studies Department at Kaduna State University (KASU), said that women needed to know that they have a right to decide on issues that affect their body.
Yusuf, while presenting an overview of the report, stressed that bodily autonomy empowers women and enable them make informed decisions to achieve their goals in life.
She said that achieving bodily autonomy would make women decide when to have a child, when to eat, what eat and do whatever they please with their body.
The Vice-Chancellor, KASU, Prof. Muhammad Tanko, said that the university as a learning institution was determined to ensure a learning environment free of sexual abuse.
Tanko said that the university’s research on gender related issues was helping to provide the needed information on the significance of gender equality in communities. (NAN)