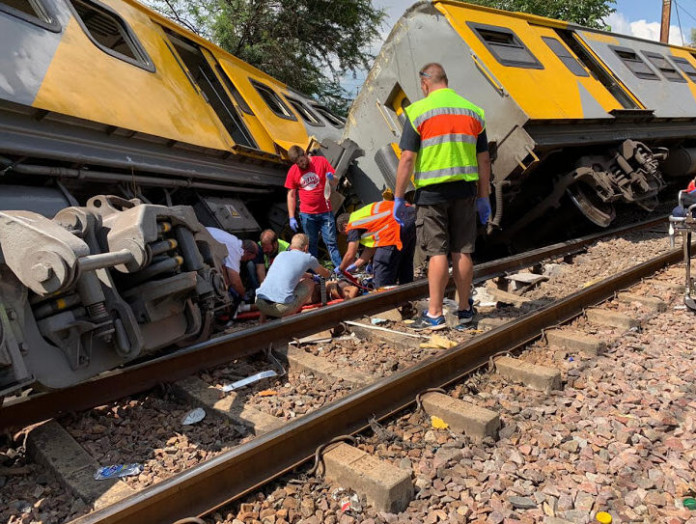 No fewer than three people were killed and about 300 injured on Tuesday after two trains collided in the South African capital Pretoria, an emergency services official said.

It said that the crash, which occurred at 9:30 a.m. (07:30 GMT), left 82 passengers with serious injuries after a packed train careered into a stationary train at Mountain View station.

“We do not rule out the possibility of additional fatalities as we search under the wreckage.

“An investigation into the cause of the collision was ongoing,’’ emergency official Charles Mabaso told Reuters.

This is the latest in a series of train accidents in South Africa, which has the continent’s largest railway network.

In October, 320 people were injured after a packed train traveling from Johannesburg to Pretoria crashed into the back of a stationary train.