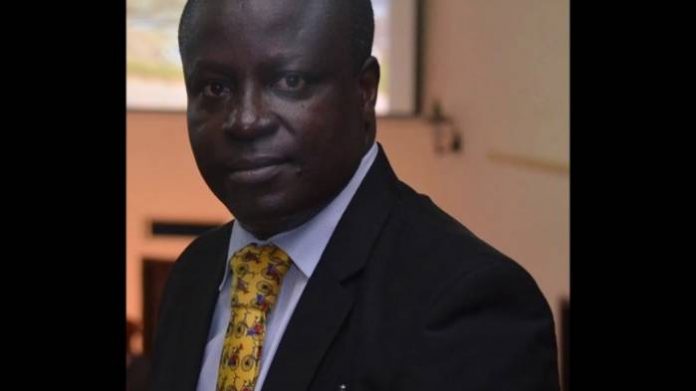 About three years to the next general election, the race for Nigeria’s No 1 post, has earnestly begun. President- Muhammadu Buhari is constitutionally disqualified from re contesting as the position has a two-term limit. There is a vacancy in Aso rock by 2023, and the big question is who will occupy it?

What could have been an exception was Goodluck Jonathan’s Presidency, but he had earlier occupied prominent government positions such as Deputy Governor, Governor, Vice President, and Acting President before becoming the Nation’s No 1.

The positive visibility and wide popularity of a Presidential aspirant across ethnic, religious, and political lines is key in determining electoral victory. This worked for Late M.K.O. Abiola in 1993, and President Muhamadu Buhari in 2015. The former built bridges across Nigeria over years, prior 1993; the latter -President Buhari was also seen as a no-nonsense clean man, opposite of the then President Jonathan who had an unattractive ‘clueless’ tag on his neck.

Northern Nigeria has always decided, directly or indirectly who becomes Nigeria’s president, and 2023 may not be an exception. It was the ‘North’ that decided the preferred Southern candidate, even when the post was zoned to the South. The North had always been able to achieve this due to its higher electoral votes. In 1979, it was a Northerner, little known Alhaji Shehu Shagari that emerged the winner. Towards the 1983 election, when the Late M.K.O. Abiola showed interest in the presidency, the North sent signals through Late Umaru Dikko, perhaps Shagari’s most powerful Minister, that it was not ready to concede the Presidency to the South. Umaru Dikko impolitely told Abiola that ‘the presidency is not for sale to the highest bidder’.

At the advent of the fourth republic, when it was obvious that political power had to shift to South due to deep divisions caused by the June 12 crisis, Chief Olusegun Obasanjo, who was unpopular in the South West, emerged President through Northern support. It is on record that Obasanjo won the 1999 presidency despite losing electoral votes in his ward, local government, state, and South West geopolitical zone. He had the support of the North, that mattered most. In 2007, a Northerner in person of Late Umaru Yar’ adua emerged as President. Goodluck was lucky to emerge Acting President and 1st term President due to providence. He lost election in 2015 when a Northern candidate in person of President Buhari emerged to oppose him.

All things being equal, the South will not be able to produce a President unless the North concedes power to the South; and there is no Southerner that can emerge Nigeria’s President without the support of the North. Late Obafemi Awolowo tried this in 1979 and failed woefully. In a two-way contest, a Northern candidate is likely to defeat an opposing candidate from the South. Goodluck Jonathan was an exception in his first tenure because he used the power of incumbency to neutralise oppositions.

Most swing states are Northern, making it a key determinant of 2023 Presidency.

APC is the ruling party with 19 State Governors, 64 Senators, and 215 House of Representatives members compared to its rival PDP’s 16 Governors, 44 Senators, and 115 House of Representatives members. The figures changing, marginally due to electoral litigations. Be this as it may, APC has an electoral edge over the PDP, and it should be safely assumed that, whoever picks up the APC’s Presidential ticket will win the 2023 election. However, politics is not mathematics as the road to 2023 will feature party primaries victories and loses that may trigger political realignments, and cross carpeting. The way APC manages or mismanages its political strength will determine whether it will retain its position as ruling party or revert to opposition in 2023.

President Muhammadu Buhari’s personality will influence Choice 2023. The pendulum will swing in favour or against the hand raised by incumbent President Buhari. This is a variable dependent on the popularity or unpopularity of President Buhari in the months preceding the 2023 general elections. If the public rating of President Buhari nose dives, it may work against any presidential candidate presented by the APC. Chief Olusegun Obasanjo influenced the election/selection of two successive Presidential candidates of the then ruling PDP, after his tenure. The two -Late Umaru Yar’adua and Dr Jonathan Goodluck, were eventually elected President. Will Presidential Buhari repeat the feat?

Perhaps, the most important influencer in the ruling party is the National Chairman, a position presently occupied by former labour leader and two-time Edo state Governor, Adams Oshiomole. The way and manner he ignored the anointed candidates of Governors Rochas Okorocha and Ibikunle Amosun in the last APC gubernatorial primaries in Imo and Ogun states respectively, points to the power the National Chairman wields.

Internal democracy is not deepened in most political parties allowing rules to be compromised or altered to favour preferred candidates. However, Adams Oshiomole has been projected as a stickler for the rules. If he survives till 2022/3 as National Chairman, the proverbial hand of Jacob and voice of Esau may work behind the scenes to determine who wins the APC’s presidential ticket in 2023. The matter becomes more complex when considered that an Oshiomole/Elrufai ticket is being speculated. My hypothesis is that if Buhari and Oshiomole work together, both will greatly influence the choice of APC’s presidential flagbearer in 2023.

It is not by coincidence that two consecutive Presidents after the Obasanjo regime, were former State Governors- Umaru Yar’ Adua of Katsina State and Goodluck Jonathan of Bayelsa State. If most of the Governors within or across party lines agree on a presidential candidate, they may be unstoppable. This is where the rumoured presidential ambition of Ekiti State Governor who also doubles as the Chair of Nigeria’s Governors Forum- Dr Kayode Fayemi becomes interesting. His chances will largely depend on the support of his colleagues, primary in APC. In summary, there is a high chance that the next President will be one of the current State Governors.

Religion has played a subtle, but critical role in Nigeria’s politics in recent times, thanks to distrust generated by Boko Haram religious fundamentalism, reported cases of religious persecutions, and allegations of perceived marginalisation. The two leading faiths are Christian and Muslim. The beautiful political era of the past have been murdered by religious intolerance. A Muslim/Muslim ticket symbolised by Abiola/Kingibe’s Hope 93 swept the country like a hurricane with popular acclamation across religious lines. Religion is now an issue in Nigeria’s politics.

There are issues at stake towards 2023. What are the expectations of the faith communities come 2023? A President or/and Vice who is a Christian, Muslim or same faith? Should the Presidency rotate both along geopolitical and faith lines? What does this portend for nation building? Religious sentiments denied APC’s National leader- Asiwaju Bola Tinubu the Vice-Presidential ticket in 2015 as a Buhari/Tinubu-Muslim/Muslim ticket was politically dicey for the APC. How will this issue be managed as we approach 2023?

The status quo factor assumes business of politics will go on as usual, politics will remain do or die, an unknown face will not emerge in Aso Rock come 2023, the next President will come from the rank and file of prominent members of the ruling political class, money politics will attain new heights, critical voters may not vote, votes may not be counted in some places, #nottoyoungtorun will remain marginal aspirants/voters, and #revolutionnow campaigners will remain political adventurers and the political class will commit class suicide.

The status quo factor is based on the premise that there wouldn’t be any iconoclastic change, the presidential race will be a straight one between politicians in the All Progressive Congress (APC) and the People’s Democratic Party (PDP), none of the fringe parties will be able to spring a surprise, and nothing will change apart from party affiliations.

Two Nigeria politicians typify this factor. Senator Dino Melaye, PDP member House of Representatives 2007, ANPP candidate in 2011 House of Representative election, APC Senator in 2015, and PDP Senator in 2019. In the same vein former Vice President Atiku Abubakar was in PDP in 1999, Action Congress’s Presidential Candidate in the 2003 elections, PDP Presidential aspirant in 2011 election, APC’s presidential aspirant in 2015, and PDP’s presidential candidate in 2019. Nothing will change in 2023 apart from politicians crossing party lines to fulfil personal ambitions.

Force majeure is a legal term used for unavoidable, unpredictable, or unexpected event that cannot be controlled by anyone, sometimes described as an act of God. Force majeure has been decisive in changing permutations in Nigeria’s polity on several occasions. It was force majeure that led to the emergence of Goodluck Jonathan as Nigeria’s Acting President on February 10, 2010, due to Late President’s Umaru Yar’Adua ill health and prolonged medical treatment in Saudi Arabia. He was eventually sworn in As President on May 6, 2010 following President Umaru Yar’Adua’s death on May 5, 2010.

Earlier, the same factor ended Late Sanni Abacha’s self-succession plan when he died in the Presidential villa on June 8, 1998. Exactly a month later, June 7, 1998, the same force majeure ended Late M.K.O.’s quest to regain his June 12, 1993 presidential election mandate when he died in suspicious circumstances, in the presence of a U.S. delegation, led by Undersecretary of State Thomas R. Pickering. The June 12 hero was reportedly due to be released from prison.

Ill health and sudden death can therefore change political calculations, though there are strong speculations that Sanni Abacha’s and MKO’s Abiola’s sudden deaths were acts of men rather than natural.

It is ungodly to speculate the ill health or sudden death of any of the gladiators interested in the presidential seat or guess who could be the beneficiary of such unfortunate development. God knows tomorrow, yet death is a natural occurrence. Be this as it may, a force majeure is like a red card in football, and capable of changing the game, turning potential losers to winners.

This analysis has identified nine factors that may shape 2023’s presidential race. The importance or relevance of each of these factors will change as the year draws closer, and new equations emerge in Nigeria’s political calculus. Sadly, none of these factors is issue based, connoting that Nigeria’s politics is prebendal and pedestrian, built around personalities rather than national interests.