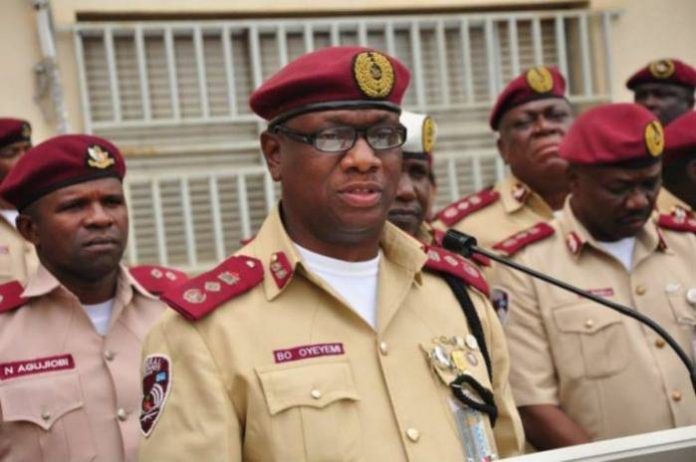 The Federal Road Safety Corps (FRSC) says no fewer than 11 persons lost their lives in accidents in Osun in the month of August.

The Osun Sector Public Relations Officer of the Corps, Mrs Agnes Ogungbemi, made this known in an interview with the News Agency of Nigeria (NAN), on Friday in Osogbo.

Ogungbemi said that the Command recorded 35 road traffic accidents involving 51 vehicles, leading to the loss of lives and property.

She said that 282 persons were involved in various degrees of accidents within the period under review, with 110 injured.

“We only recorded 11 deaths in the month of August with 209 road traffic offenders who were apprehended and educated on safety,” she said.

According to her, the command embarked on 28 motor park rallies across the state and was able to sensitise road users on safety tips via radio and television programmes.

“We did 28 radio programmes and five television programmes to further strengthen our awareness campaign strategies,” she said.

Ogungbemi advised road users to be safety conscious when using the roads.

She said that the command would not hesitate to arrest traffic offenders and punish them as stipulated by law. (NAN)