Home Politics Your Attack On Me Is Unfortunate, Gov. Fintiri Tells Sen. Abbo 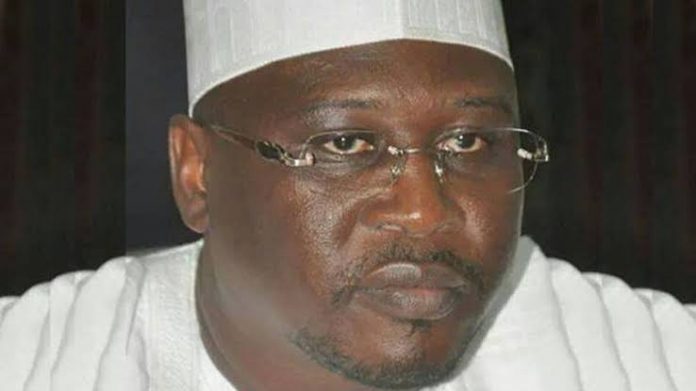 Gov. Ahmadu Fintiri of Adamawa has advised Sen. Cliff Abbo (PDP- Adamawa North) to explore internal party mechanisms to pursue his allegation over manipulation of the recently concluded PDP primaries for the November chairmanship election in the state.

Fintiri in a statement Saturday signed by his Director General, Media and Communications, Mr. Solomon Kumangar, urged Abbo and any PDP member with grievance over the primaries and any party matter to express it through due process so as not to create friction in the party.

“His Excellency views the senator’s action as unfortunate and takes exception to the insults, innuendos and attack on his person and office.
“However, for now the governor does not intend to join issues with the senator.

“Rather, his excellency is in the delicate phase of laying strong bricks for the security, growth, development and prosperity of the people and institutions of Adamawa state and would not want to be distracted.

“His excellency hereby calls on distinguish Senator Abbo and indeed all loyal PDP members to explore available intra-party channels to express their grievances in a civilized and democratic manner to engender cohesion and solidarity.”

The News Agency of Nigeria, NAN, reports that Abbo, had in a video which went viral, accused the governor of disqualifying all candidates associated with him from participating in the primaries.