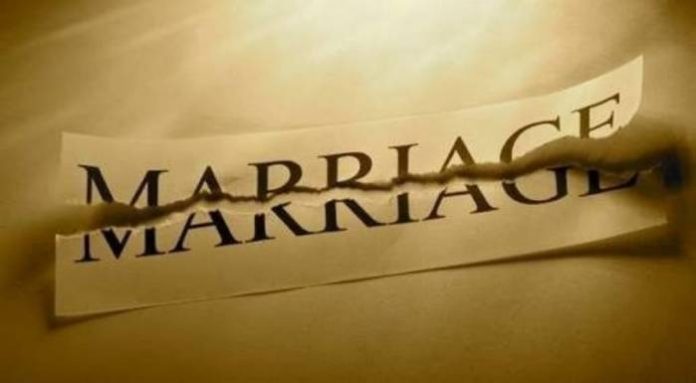 A divorce-seeking woman, Mrs. Blessing Abu, who accused her husband, Benjamin, of infidelity has changed her mind pleading with the Igando Customary Court in Lagos not to dissolve her marriage.

When the case came up on Wednesday for judgment, the petitioner came up with a letter, informing the court of her intention to withdraw the case.

She begged the court to discontinue the case that she and her husband would work to resolve their differences and reconcile.

The court president, Mr. Adeniyi Koledoye, while striking out the case, admonished the couple to maintain peace and to continue to live in love and harmony.

“The court has received a withdrawal letter to that effect, therefore, the case is hereby struck out.

“I urged both of you to go home and live in peace and love,” he said.

The News Agency of Nigeria, NAN, reports that Mrs. Blessing Abu had approached the court to dissolve her 12-year-old marriage over her husband’s infidelity.

“My husband is cheating on me; he got a girl pregnant on two occasions.

“I have gone to several hospitals and herbal homes, just to have another baby but my husband is busy making babies with another girl,’’ she lamented.

The 36-year-old tailor accused her husband of denying her the pleasure of having sex with him.

Blessing accused her husband of posing serious threats to her life.

“Benjamin told me that I am eating poison in his house, that I should pack out, else he will kill me or cause me to run mad,’’ she told the court.

The petitioner said that her husband had abandoned her with the only child of the marriage.

The mother of one begged the court to terminate the marriage, adding that she had long lost interest in it.

While responding to the allegations, the 42-year-old technician, Benjamin said that his wife pushed him into adultery.

“My wife always tells me that I cannot impregnate another woman and that if I try to make love with another woman, my male organ will get stuck inside that woman, that she had done something concerning my male organ.

“I was afraid initially, but later I decided to try it to know if she is saying the truth.

“But luckily, the girl I met got pregnant and had a baby, when my wife got to know, she told me that the baby was not mine.

“After some months, I decided to do it again to prove her wrong, and the girl took in again.

“Since then, Blessing made the house unbearable for me by fighting me regularly. She called the Police to arrest me and when I could no longer bear it, I packed out of the house,’’ he told the court.

The respondent said that his wife starved him of sex, claiming that sex gives her headache.

He urged the court not to grant his wife’s wish by dissolving their marriage, saying that he still loves her.