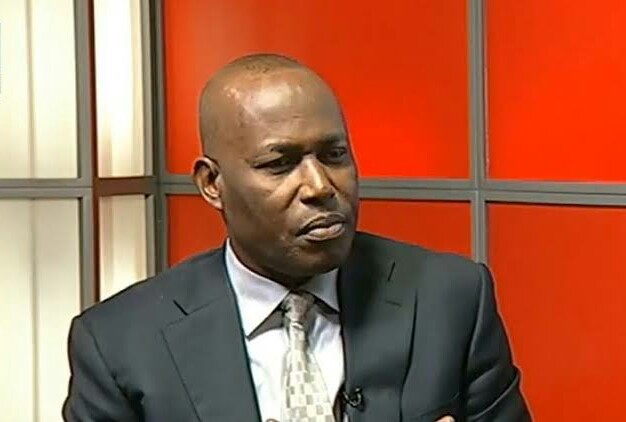 We need to reflect on the power in the words of ‘redemption song’ as originally conceived by the iconic Bob Marley. More than ever before, we need redemption of so much time that has been lost to frivolities, wealth without work, gerontocracy, parochialism, complacency, lack of knowledge, absence of wisdom and other impurities against our dear country. Yes, our country that has remained a meretricious potentiality for good sixty years that the locusts have eaten.

We need redemption from our ‘unequal yoke’ with strange bedfellows. Doubtless, we have been unequally yoked (together) with some incompatibles since 1914, no thanks to some foreign powers that didn’t believe in our progress. So we need a redemption song from the ‘Father of lights with whom there is no variableness nor shadows of turning’. We need some redemption songs to wrest us from strange powers that have held us down for 54 years after the overthrow of organic federalism, which developed the regions before that darkness fell in 1966. The ‘militricians’ who have been in charge since then, still won’t allow us to breathe! We need the original inspiration from that God’s gift to mankind, Bob Marley who inspired the title, ‘Redemption Song’. That is what ‘we the people’ need at this time. We need to redeem ourselves from the powers that have brought corruption to us as ‘fundamental objective and directive principle of state policy’ at all levels in the most populous black nation on earth. I mean here that we need some redemption songs for our leaders who have been held down by some strange powers that have prevented them from chasing history. They need the redemption and even resurrection powers so that they can sing songs of victory over themselves. Doubtless, from all manifestations by the oracles, ‘we the people’ and our leaders need to conquer ourselves first. According to Pastor E.A Adeboye in a 2017 message, we need ‘victory over self’. Yes, we need some redemption songs to conquer ourselves first before we can work and pray to conquer sundry external enemies. We need to redeem the time and resources we have wasted on good education and healthcare abroad without caring a hoot about our educational institutions and hospitals at home. We need redemption songs as that Jamaican legend meant it.
‘Redemption Song’ is the final track on ‘Bob Marley and the Wailers’ twelfth album ‘Uprising’ produced by Chris Blackwell and released by Island Records. The song is considered one of Marley’s greatest works. Some of the key lyrics derived from a speech by the Pan-Africanist orator Marcus Garvey entitled, ‘The Work That Has Been Done’.
At the time Marley wrote the song in 1979, he had been diagnosed with the cancer that took his life a couple years later. According to his wife, Rita Marley, “he was already secretly in a lot of pain and dealt with his own mortality, a feature that is clearly apparent in the album, particularly in this song”, ‘Redemption Song’.

At this time that we are asking for our redemption song, there are diseases worse than cancer, that have already held down the country. And the nation is already gasping for breath amid critical infrastructure and economic challenges. The country is already in a lot of pain struggling with its own mortality and the symptoms are apparent that unless there is a miracle, the nation risks a heart failure.

But amid the despair, there was a redemption song from Edo state barely a week ago when an election was held and against the run of play, there was a good report on all the critical factors: the Independent National Electoral Commission (INEC), the Police, the State Services Department, the electorate, the non-state actors, all of us won the election, which has threatened to take the country out of its pain in the intensive care unit (ICU). ‘We the people’ have been celebrating the redemption sign we saw with the peaceful, free and fair election in Edo. Even the president was celebrating the revival at the weekend when the main beneficiary of the resurrection moment, Godwin Obaseki visited him in Abuja. In Nigeria, we have to thank even service providers for restoring poor services they constantly fail to provide consumers. We thank our leaders here when they ensure peace and welfare we elect them to provide.
President Muhammadu Buhari used the visit as a public relations tool. He disclosed to the nation what he told Inspector-General of Police in the run-up to the elections in Edo state. His words to Obaseki and his people on Friday: “I am supposed to preside over all Nigerian interests whether I like it or not, but my single desire is to make sure that innocent people don’t suffer. That message I got across to the Inspector General of Police, that elections must be free and fair…I thank you for bringing your deputy and supporters to come and see me after beating my party… If contestants have too much money and they decide to spray, so be it. But what I insist is, nobody should go and raise a counter force to the government, arm heavily-drugged thugs to go and humiliate people…”
He also told his guests and the nation: “I want Nigerians to appreciate that I respect them as Nigerians and that I am bound by the oath I have taken that their security is in the hands of God and in the hands of the government, which I am leading.”

President Buhari noted that as the leader of the governing party, and despite the fact that the party has lost some states in elections, he would like to leave behind a political culture based on integrity. He noted on a lighter note that he was congratulating the Edo governor “reluctantly” because he defeated the candidate of his party, the All Progressives Congress (APC).

Then on the motive behind the visit to the president, Governor Obaseki said: “We were privileged to meet with the president, essentially to express the gratitude of Edo People, myself and my deputy for role played in the conduct of gubernatorial elections in Edo State. He insisted that Nigeria should have proper elections, credible elections, free and fair elections and that is what happened…So, we are here in the Villa to show our profound gratitude and appreciation for this, which on the surface will look normal but the implications are very far reaching. Because, this is a seating president whose party was contesting an election and insisted that the right thing be done and a level playing field be created for contestants. By doing so, that singular action has deepened our democracy, far beyond what we can understand and imagine today….”

The-thank-you tour revealed a number of profound things we should note seriously as we seek to sing more redemption songs. The president appeared frank and sincere when he told the nation that he was responsible for the defeat of his Party, the APC in Edo State. We can deduce from the presidential candour that he also had the power to tell the IG to do the wrong thing in Edo.

That full disclosure could also propel the president to tell us in future in either his memoir or in farewell interviews in 2023 what he also told the election management agency’s chief executive about Edo and even in previous elections. We may thus know in future what the now frank-and-sincere president told the IGP, other security agencies’ chiefs and even the NJC before the trials of CJN Walter Onnoghen began in 2019 – before the elections. In other words, the presidential disclosure implies that he (the president) could also have told the IGP to assist the governing party to victory – at all cost. Was that what happened in recent elections too in Osun state, for instance? The answer will continue to blow in the wind until we read details in the president’s memoir.

All we are saying to our leader is this: let there be more significant testimony on October 10, 2020 in Ondo. ‘We the people’ would like the president to tell the IGP and other stakeholders to repeat the right attitude they all exhibited in Edo2020 in Ondo2020. No one complained about any police misconduct in Edo. No one complained about INEC’s improprieties in Edo. No one has filed any petition yet to the Office of the Citizen about injustice in Edo. That is why there has been peace. It means only justice can guarantee peace at all times. So, let no one complain about the same police in Ondo. Let no one carry any placard about INEC in Ondo. Let’s not surrender the power of the people to even a 21-man Election panel at the Supreme Court, after all. The judiciary should not continue to select our leaders for us. Electoral injustice has continued to give more powers to the judiciary, which most times confirm to us bad and incompetent leaders. Let only the votes in Ondo poll count. The people knew who they wanted as governor in Edo. They spoke through the ballot, not the bullet. Let the people of Ondo too dance a redemption dance.

The resurrection power that began from the grave in Edo on September 19, 2020 should be able to deliver salvation experience to the people of Ondo on October 10, 2020. And that is the only way we can begin to see hope of a better election in Anambra in 2021 and general elections in 2023.

The conclusion of the whole matter is that the authorities in Abuja and indeed the presidency should note that if they lose the brand reputation they just regained in Edo on October 10 in Ondo, there will be no redemption song for the Buhari administration – to chase history, after all. And all the rhetoric about integrity of Edo election would have been as Shakespeare puts it, ‘a tale told by an idiot, full of sound and fury, signifying nothing’. So, let there be another ‘redemption song’ and dance in Ondo 10-10-2020. Behold, only free and fair election can trigger that in Ondo, our ‘Sunshine State’.

*This article was published in The Guardian, on Sunday, September 27, 2020. 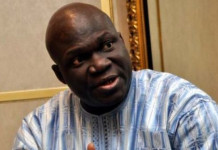 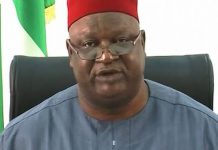 Spirit Of Error Is Upon Umahi – Anyim

LEST WE FORGET: OPPORTUNITIES FOR YOUNG NIGERIANS, BY THE BUHARI ADMINISTRATION 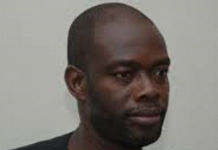 SEE WHAT BUHARI HAS DONE TO NIGERIAN AIR FORCE

Can You Imagine A Future Without Cervical Cancer? 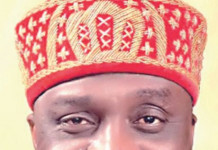