Home Health WHO Worries Over COVID-19 Impact On Women, Girls In Africa 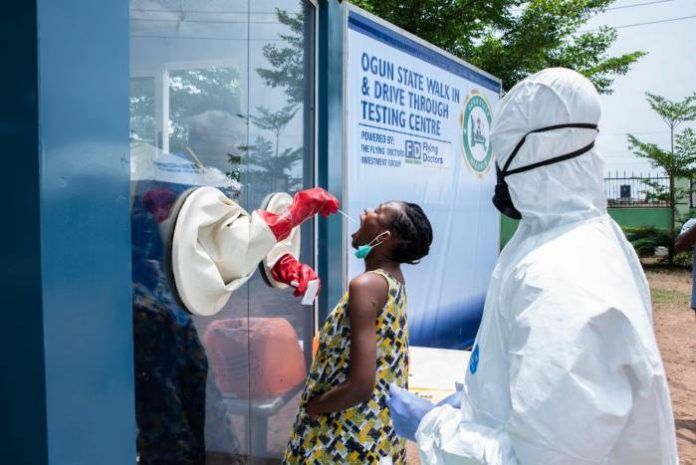 The World Health Organisation (WHO) has expressed concern over the impact of COVID-19 on women and girls in Africa.

WHO Regional Office for Africa in Brazzaville, Congo, stated this in a statement posted on its website.

“As COVID-19 continues to spread in Africa, there are concerns over its impact on women and girls, with vulnerabilities feared to worsen as the pandemic overwhelms health systems.

“Although overall in the African Region, women account for around 40 per cent of COVID-19 cases, this ranges from 35 per cent in some countries to over 55 per cent in South Africa,’’ it stated.

The statement quoted, Dr. Matshidiso Moeti, WHO, Regional Director for Africa, as saying, “we are already seeing that the impact of COVID-19 on women and girls is profound.

“Women are disproportionately affected by lockdowns and this is resulting in a reduced access to health services.’’

WHO said as efforts were focused on curbing the spread of COVID-19, essential services such as access to sexual and reproductive health services had been disrupted.

“According to preliminary data, in Zimbabwe, the number of caesarean sections performed decreased by 42 per cent between January and April, 2020 compared with the same period in 2019.

“The number of live births in health facilities fell by 21 per cent, while new clients on combined birth control pills dropped by 90 per cent.

“The number of live births in health facilities fell by 21 per cent, while new clients on combined birth control pills dropped by 90 per cent.

Recent analysis published in the Lancet Global Health suggests that a reduction in maternal health services of between just 9.8-18.5 per cent could lead to as many as 12, 200 additional maternal deaths over six months in low- and middle-income countries.

The agency said the economic hardship due to COVID-19 was also greater for women according to a World Bank report.

“Informal workers, most of whom are women, account for more than 90 per cent of the labour force in sub-Saharan Africa. Informal sector jobs are particularly at risk during the pandemic,” it said.

In addition, WHO stated that women face a higher risk of gender-based violence in the wake of the COVID-19 outbreak.

“A recent study by UN Women found that reports of violence against women, and particularly domestic violence, have increased in several countries as security, health, and financial worries create tensions and strains accentuated by the cramped and confined living conditions of lockdown,” it said.

WHO said it was working with governments and partners to find ways to continue to deliver essential services safely.

“We are working with partners to continue to deliver essential services, including the provision of personal protective equipment to health workers, many of whom are nurses and are women,” it stated.

The agency also said the burden of caring for the sick was also largely borne by women, noting that most health workers in Africa are women.

“Over the past four months, with the Colleges of Nursing in Africa, WHO has provided targeted virtual trainings to over 1,000 nurses and midwives.

“In West Africa, this training has been cascaded sub-nationally using virtual platforms – thus allowing as many nurses as possible to be trained in case management for COVID-19 and infection prevention and control.

“WHO works to improve the health of women and girls in Africa by developing guidance on the implications of gender, gender-based violence, and access to sexual and reproductive health,’’ it stated.