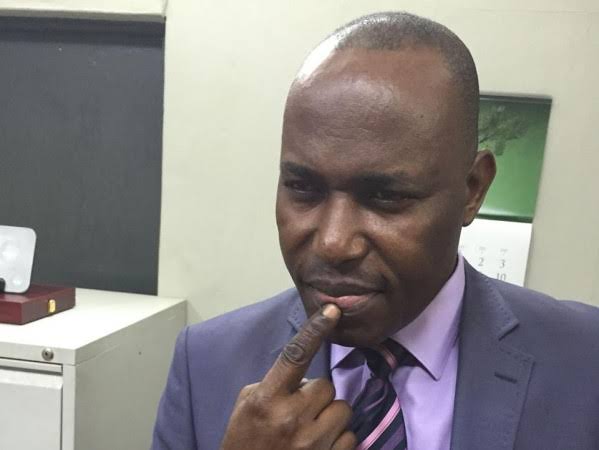 I would like to maintain a consistency in the end-of-year message of hope I began last week when I stated that we should not continue reading from any books of lamentation at this time. After my ‘ordination’ as a ‘Prophet of Hope’ for my country, I proclaimed last week that there would be a sound of freedom, among other things. Indeed to the glory of His name, there was freedom for some (un)lawful captives shortly after.

I insist ‘Nigeria, our Nigeria, shall be free’ from years of locusts soon and very soon. Let all citizens say a loud ‘Amen’.

Again, I have looked into the seeds of time and seen that some of our leaders who are in one of the most important institutions in a democracy, the legislature, need some words of life, some encouragement, lest they go astray. And if we continue to lament the tragic errors that they are beginning to pile up, we all will be the losers, after all. Let’s not condemn them. Let’s prevent some disasters from our national assembly. It’s like the heaven falling, which no one can escape.

So, let’s get together and counsel them. I mean here that the President of the Senate and Speaker of the House of Representatives are too important to be ignored by just lamenting about their character flaws at this time. They deserve our prayers and, of course, our counsel, whether they like it or not.

According to our Order of National Precedence, the President of the Senate is Number Three Citizen and Chairman of the Joint Session of the National Assembly while the Speaker is Number Four and Deputy Chairman of the Joint Session of the Assembly, (not the Deputy President of the Senate). So, if Nigeria becomes a success or failure story tomorrow, they will certainly be part of the blame-sharing formulae. They are part of Nigeria’s leadership at this moment. But the constitution has provided for their separate responsibilities in different arms and how each of the (three) arms can function independently and how the combined effects of their actions can make or mar Nigeria.

So, I am convinced that instead of condemning them at this stage, let’s tell them some inconvenient truths so that they can act in public interest.
Reason: the two national leaders are beginning to make public statements that are already promoting public perception that can destroy the 9th Assembly. So, they need some redemption songs, some words of hope, yes some words of wisdom so that they can work for some common good.

At this time, the principal and indeed the presiding officers of the national and even the state assemblies need to know that they are the most important arm of government. Beyond the fact that constitutional experts such as Professor Ben Nwabueze are saying so, beyond our historical reality that the ‘militricians’ always targeted the legislature first whenever they struck to remove legitimacy from government, the law-making body will always be very critical to the success of any democracy.

That is why Senator Ahmed Ibrahim Lawan and Honourable Femi Gbajabiamila need to know as we go into the new year within the next 48 hours, that they should transform by the renewing of their minds. The two officers need to know that they need to be born again as we migrate into 2020. They need to be advised by the Office of the Citizen that they do not need to tell us that the only office they need to serve is the office of the president who assisted them to be what they are. They need to know that the last two statements they (Lawan and Gbajabiamila) made concerning their relationship with the executive have set the tone for the failure of the 9thAssembly. They need to know before they start blaming their reputation managers that there is power in the words that they use publicly. They need to know that their sycophantic relationship with the presidency has already damaged the image of the legislature in this dispensation. They should realise that the Office of the Citizen has already concluded that nothing good can come out of the 9thAssembly. That is why we need to tell them another bitter truth they would like to keep in the grave at this time: that they need an urgent damage control measure by the renewing of their minds. They should swallow their pride and vanity at this time through their new-year messages to the people that they are so sorry. They don’t need deliverance. They need repentance. Even in global context, experts have made us to know that three short sentences that can build peace among people (in a relationship) are: ‘I am sorry’; ‘Thank you’ and ‘I love you’.

If the two presiding officers can say ‘sorry’ to the people they can begin a journey to remorse and forgiveness.

Leaders and managers need to know that in conflict management and peace building, we should freeze penchant for justification for our actions. Senator Lawan, our Senate President needs more than his doctorate degree to understand the implications of his recent claim published on November 22 that, “any request from President Muhammadu Buhari would make Nigeria a better place and such would be acted on expeditiously”. The president of the Senate stated this when Professor Itse Sagay visited him specifically for senate confirmation of the EFCC Chairman, Ibrahim Magu who has been acting since November 2015, though his name has not been re-submitted.

In the same vein, exactly a month after the public relations disaster by Senator Lawan, the Speaker of the House of Representatives, Hon Gbajabiamila too was quoted (on November 22) as saying that, “I wasn’t elected to fight the executive”. In fact, another version of the same statement was more offensive: “Better to be rubber stamp than fight executive arm of government”. Hon. Gbajabiamila spoke in this vein when he met with members of his constituency in Surulere Lagos where he distributed some ‘dividends of democracy’ he brought from Abuja including financial donations, cars, etc.

These are careless and reckless statements, which have attracted condemnation. This simplicity shows that our new national assembly leaders didn’t study a recent statement credited to the President of the United States, Mr. Donald Trump that in his country, because of the foundation of the letters and spirit of the constitution, “…In this country, we don’t worship government; we worship God…”

Do they (Lawan and Gababiamila) know that the people may have written them off as national assembly leaders who have decided to worship not just government but the head of that government who has just been tagged to dictatorship?

As a peace builder, I would like to plead for mercy for them because they still do not know the weight and significance of the office they are occupying. They need help, even if they do not know that they do. We need to pray for the peace of that Jerusalem called the National Assembly in our own interest. I mean that the majesty of democracy will be enhanced if we have a good National Assembly that will not reduce money appropriated for the federal roads because they want to increase their own budget. They did it to the Lagos-Ibadan Expressway in 2017/18 according to the Minister of Works. Despite our condemnations and curses the federal road remains uncompleted till date.

They have again begun with curious collaboration with the executive arm on return of budget cycle to January to December. They are praising the quick passage of the budget without considering the facts behind the figures in the budget. Yes, the budget details, which contain thirty seven billion (N37bn) worth of renovation of phase one of their parliament building even a military government built for N10.7 billion barely twenty years ago.

If the national assembly leaders had consulted well, they would have known what the N37 billion worth of renovation “for conducive environment for the legislators” would have done for the country as published the other day.

According to quantity survey experts, that amount (N37 bn) could build 10, 360 classrooms, or 12, 333 2-bedroom flats or 27, 000 primary health centres anywhere in the country. This is the reason we the people need to engage our legislators in the new year instead of just calling them names such as ‘legislooters’ and leaving them to God for judgment. God has already empowered us to be proactive in holding them responsible for their actions. We need to hold them to account. We need to monitor their governance processes. That is the role of the civil society including the media. We need more data to make them less accident-prone. So, we the people should decide that the year 2020 will be a year of action, not rhetoric on recklessness of our leaders. As an Apostle of Hope, I decree and declare that 2020 will not be a year of reading (from) the book of lamentation. It is a year of restoration for Nigeria. It is year of freedom from rulers of darkness. It is a year of good management of priorities. It will be a year of love for the rule of law. It is a year of thanksgiving to the God who consciously created us to be the most populous black nation on earth. 2020 will indeed be a year we will begin to refuse and fail to worship our leaders. It is a year those who are called by His name too will begin to say never again will I worship any man of God and so I will worship only the God of man!

‘WHERE WERE THE REPRESENTATIVES OF SOWORE?’

The Attorney General of the Federation and Minister of Justice, Malam Abubakar Malami was at the weekend quoted by the ‘BBC & ‘VOA’ Hausa service as saying that former National Security Adviser, Col Sambo Dasuki (rtd) and Mr. Omoyele Sowore were not released because of pressure from the United States. That is quite incredible! But Malami should note that my people are fond of saying that a witch that perches and cries on a tree behind the house of a man who is bereaved of his child can reasonably suspect the noisy witch of the previous night.

Meanwhile, the six US Congess-men who wrote to the Federal Government on release of Citizen Sowore can take credit for the unexpected release of the prime suspects. Meanwhile, that gesture is also a big question to those who represent Sowore, specifically in Ondo State House of Assembly and the National Assembly. Where were they hibernating while state actors were violating Sowore’s rights? Whatever happened to representation, the most significant responsibility of legislators?

Inside Stuff With Martins Oloja was first published by The Guardian on December 29, 2019.