Home Politics We Will Pursue Our Stolen Mandate In Sokoto To The End –... 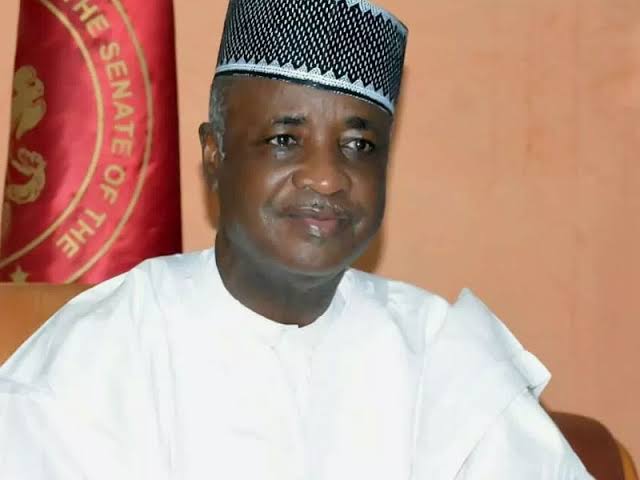 Leader of the All Progressives Congress, APC, in Sokoto State, Sen. Aliyu Wamakko, on Saturday condemned the judgment of Sokoto Election Tribunal which affirmed the election of Gov . Aminu Tambuwal.

Addressing party supporters at his residence in Sokoto, Wamakko, who represents Sokoto North Senatorial District, said the party would reclaim the state governorship seat at the Appeal Court.

According to him, APC as a peaceful and law abiding party, would continue to follow all legal processes to claim the mandate given to it by the people.

His words: “I want assure you that we will continue to pursue our mandate which was stolen, to the end.

“Sokoto state is an APC state and will continue to remain so, as such I urge all our supporters to remain calm and law abiding. Very soon the law will reveal the true picture of the election.

“We should continue to pray for the success of our party, Sokoto state and the country at large.”

Earlier, the state APC governorship candidate, Ahmed Aliyu, thanked the people for their continued support to him and the party.

“The crowd we are seeing today is an indication of support and dedication by the people of Sokoto state to the APC and all its leaders.

“On the tribunal judgement there is no cause for alarm; we will continue to work with our lawyers, as we will soon file an appeal to that effect.

“As you all know, even if the tribunal judgement is in our favour, the opposition will appeal the judgment.

“So, in our own case we will do the same to restore our mandate,” he said.

Recall that the state Governorship Election Petition Tribunal, on Oct. 2, in Abuja affirmed the election of Tambuwal.

The three man tribunal led by Justice Abbas Bawale dismissed the petition of the APC and its candidate Ahmed Aliyu, for lacking in merit.

Tambuwal won the March 23 governorship election with a slim margin of 342 votes.