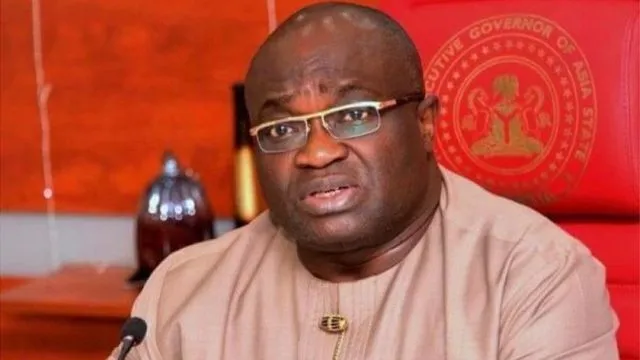 Gov. Okezie Ikpeazu of Abia says his administration has completed and delivered 128 roads across the state, while work is still ongoing on 51.

Ikpeazu said this on Friday in Umuahia, during the 30th anniversary celebration of the creation of the state.

He restated his commitment to complete all the projects initiated by his administration.

He also said that he would strive not to leave any project for his successor to complete.

The governor admitted that the state was still faced with a huge infrastructure deficit.

He promised that his administration would leave no stone unturned to closed the deficits.

He gave assurance that the ongoing projects, including the Osisioma road interchange and new Government House, Umuahia, would be completed in the next one year.

He paid special tribute to all the founding fathers of the state for their tireless efforts in guiding the people on the path of sustainable development.

Ikpeazu said the peace, security, unity and progress of the state would continue to serve as guide to his administration.

He decried the attempts by certain unscrupulous elements in the state to destroy commercial activities and other endeavours of the ever-enterprising people of the state.

“As your leader and governor, I am making a passionate appeal to Abia people to eschew these self-harming tendencies and resume normal activities on a regular basis,” he said.

The News Agency of Nigeria (NAN) reports that the event featured the launch of a book, “Recollected in Tranquility: A Festschrift for Victor Chibuikem Ikpeazu, PhD”, written by one Kennedy Onyenma. (NAN)