Home Columnists UZODIMMA: THE GOVERNOR AS A QUISLING 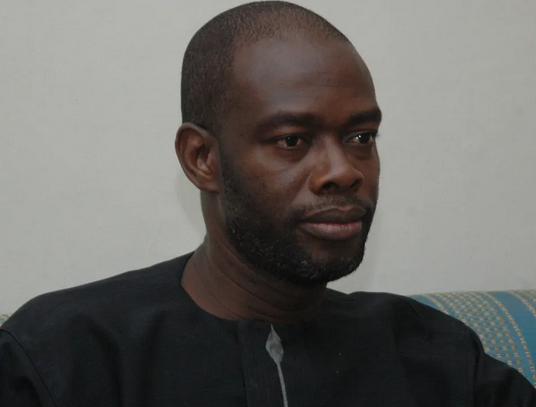 The idea of democracy is straightforward. “Democracy is government of the people for the people and by the people,” said Abraham Lincoln, the 16th president of the United States, a definition that borrows heavily from its meaning in Greek – “rule by the (simple) people.”

For this to happen, there must be a constitution, which, among other things, guarantees basic personal and political rights, fair and free elections, and independent courts of law.

In a democracy, the inalienable right of the people to choose, in a free and fair election, those that will allocate their collective values, is sacrosanct and inviolable because the fidelity of a leader to the common good is predicated on the fact that he owes his office to the sovereign will of the people expressed through the ballot box.

But when leaders in a so-called democracy access power not by the sovereign will of the people but through the back door, they are alienated from the people they claim to lead. Their allegiance is to those powerful external forces who brought them to power. Such leaders inevitably become quislings – traitors to the common good.

That is the wretched fate of Imo State today.

When Imolites went to the polls on March 9, 2019 to elect a governor, they voted massively for the candidate of the Peoples Democratic Party (PDP), Hon. Emeka Ihedioha; not Hope Uzodimma, the man now sitting pretty in Douglas House.

The Independent National Electoral Commission (INEC) dutifully returned Ihedioha winner and on May 29, 2019, he took the oath of office.

But the sovereign will of the people was whimsically upended on January 14, 2020 when the Supreme Court illogically declared Uzodimma, the man who came a distant fourth, winner of the election in which the same Supreme Court had ruled barely two weeks earlier that he was not even a candidate.

While throwing out the petition of the governorship candidate of the Action Alliance (AA), Uche Nwosu, on December 20, 2019, the apex court ruled that he was not qualified to vie for the election because he doubled as both the candidate of the APC and AA.

In a lead judgment read by Justice Amina Augie, the apex court held that by virtue of double candidature, Nwosu, ab-intio, was not qualified to vie for the office.

You need to get this background to appreciate what is happening in Imo.

Today, the state is in a sorry state. There is little or no governance. Most workers are not paid their salaries as and when due. Those who are lucky to get paid at all take a cut without any explanation. Beyond all that, Imo is in a state of war, literally and metaphorically.

In the last 13 months since the Supreme Court torpedoed the electoral will of the people and imposed Uzodimma on them as governor, the stories have been horrifying, more so in the last two weeks.

On the invitation of Uzodimma, military fighter jets took to the skies on Thursday, February 18 reminiscent of the civil war years and rained bombs on towns and villages, killing and maiming innocent, law-abiding citizens in the name of hunting for operatives of the Eastern Security Network (ESN), the so-called military wing of the Indigenous Peoples of Biafra (IPOB) led by Nnamdi Kanu.

Suddenly, 51 years after the fratricidal war, Alaigbo has once again become a theatre of war, with videos showing old men, women and children running out of their homes, some of them half-naked and terribly frightened as military jets hovered above because Uzodimma wanted to please those who made him governor.

The only crime the IPOB activists committed was their audacity to resist Fulani bandits occupying the forests in the South East and committing unspeakable atrocities. Yet, no one is waging war against the bandits.

Last week, Uzodimma boasted that “our government decided to invite military to flush out IPOB and their so called ESN,” insisting that his administration will not hearken to the pleas of those calling for the withdrawal of the soldiers.

He has made all manner of allegations against Igbo youths, accusing them of murdering “four Moslems doing their business in Orlu,” and killing “several policemen and innocent citizens in the area,” without any shred of evidence.

Of course, he has been hailed by those who gave him the power he did not merit. Yet, the same people hailing him as an action governor for decimating his own people are negotiating for not only unconditional amnesty for the Fulani bandits up North but insisting they be paid compensation by the Nigerian state.

Fulani bandits wreaking havoc across the country, we are told by the Northern elite, are not criminals. They are militants – and even freedom fighters – who have the right to carry AK47 riffles, not to protect themselves but to kill Nigerians, if need be, because the herdsmen are aggrieved.

Despite the carnage in the North, none of the governors hailing Uzodimma as a patriot has called for the military to flush out the bandits from their states even when they know where they are in the forests. Instead, they are negotiating and paying them millions of naira as ransom.

This week, Uzodimma went to Aso Rock to brief President Muhammadu Buhari on how well the military operation in Orlu was going.

“I came here (Presidential Villa), pleaded with Mr. President for his support and he sent additional support by sending in police and the military also came in. And that is where we are.

“It was on my invitation that the military came. And I did that because I know the situation was beyond the local arrangement, we needed help. And the help was given to us,” he told journalists after a close-door meeting with Buhari.

That is what quislings do – they collaborate with an enemy occupying force. Uzodimma could invite the military to decimate his own people because he does not owe any allegiance to them. He owes allegiance to those who made him governor.

He knows his power base. It is not Imo State. If he became governor without the people’s vote, why should he care a hoot about them?

While the battle is still raging in Orlu, a new theatre erupted in Owerri between Uzodimma and one of his co-conspirators, Senator Rochas Okorocha, former governor of the state. Discerning political observers know it is a war foretold – natural consequence of a shenanigan taken too far.

In his dissenting judgment when Ihedioha asked the Supreme Court to set aside its January 14, 2020 ruling, Justice Centus Nweze – who was not part of the original seven-member panel that nullified Ihedioha’s election – said most profoundly: “The decision of the Supreme Court in the instant matter will continue to haunt our (Nigeria’s) electoral jurisprudence for a long time to come.”

He was right. But it is not only the electoral jurisprudence the judgment is haunting. It is haunting Imo State terribly. It is also bound to haunt those who orchestrated the injustice. That is called nemesis, which explains the deadly tango between Uzodimma, Okorocha and Ifeanyi Araraume.

Okorocha’s humiliation over the weekend in a state he thought he had conquered is a well-deserved comeuppance. Same for Araraume who was denied the APC senatorial ticket in Okigwe. That is what happens when bootleggers sit back to share the spoils of their political philandering.

Interestingly, Okorocha’s son-in-law, Nwosu, has gone back to the Supreme Court to request a declaration that Uzodimma was not the APC candidate in the 2019 election. He is also praying the apex court to declare Ihedioha winner and mandate the INEC to once again issue him with the certificate of returns.

I wish the Supreme Court justices will appreciate the fact that Imo, a constituent part of Nigeria, will not know peace as long as Uzodimma continues to usurp a position he does not merit. And Nigeria will be worse for it.

* Ikechukwu Amaechi is the publisher of The Niche newspaper.