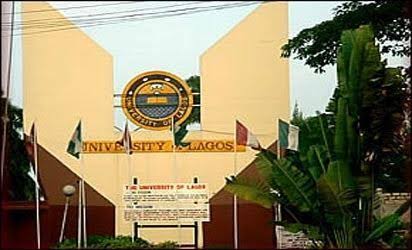 The Senate of the University of Lagos (UNILAG), Akoka, has elected the Deputy Vice-Chancellor in charge of development services, Folasade Ogunsola, as the institution’s acting Vice-Chancellor.

She becomes the first female to be so appointed in the history of the 58-year-old ivory institution.

Mrs Ogunsola, a professor of medical microbiology was also the first female provost of the university’s college of medicine, Idi-Araba.

She defeated her opponent and a Deputy Vice-Chancellor in charge of management services, Ben Oghojafor, with a wide margin.

Out of 167 professors accredited to vote, 135 voted for her while 31voted for Oghojafor. One vote was voided.

Recall that President Muhammad Buhari had last week suspended the Pro- Chancellor of the university, Dr Wale Babalakin and the Vice-Chancellor, Prof Oluwatoyin Ogundipe, the key actors in the crisis rocking the institution.

He also set up a seven-member visitation panel to look into the crisis rocking the university.

Buhari also mandated the institution’s senate to immediately convene to nominate an acting Vice-Chancellor from amongst its members for confirmation by the governing council.

However, a memo by the university’s registrar, Oladejo Azeez, addressed to the head of the management of the university’s auditorium directed that the venue should not be made available for the senate meeting.

A copy of the memo seen by PREMIUM TIMES noted that that; “No meeting of senate has been summoned. Members should await proper notice of meeting after the federal government of Nigeria has clarified some issues germane to the meeting.”

“It follows that you are not to make any of your facilities available for any meeting until otherwise advised,” the memo added.

Irked by the development, the senate reportedly sought approval from the national universities commission (NUC) and the federal ministry of education before it commenced the process.

Premium Times quoted a member of the senate who asked not to be named as he was not authorised to talk to journalists, as saying: “The meeting started with Professor Ogunsola briefing the Senate that the meeting was convened after due process was followed and that authority was granted by both the NUC and the education ministry.”

The source added that Mrs Ogunsola recused herself from anchoring the meeting and that the leader of the senate’s team to Abuja on Thursday, Chioma Agomo, was validly nominated to chair the meeting.

Meanwhile, the newly elected acting Vice-Chancellor has appealed for support from all as she thanked the professors for entrusting her with what she described as a huge responsibility.

She was quoted as saying; “Electing me the acting Vice-Chancellor at such time the university is going through so much is a big task. But it is a task for all of us, and I appeal to you to help rewrite the story of this great university for good.”