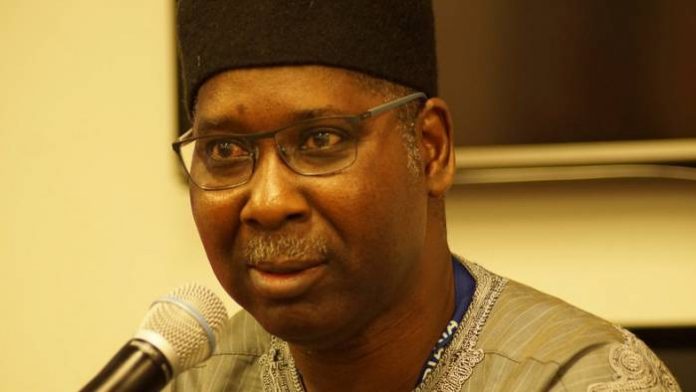 President of the General Assembly, PGA, Amb. Tijjani Muhammad-Bande, has said the United Nations must continue to insist on protection of the freedom of expression and association around the world.

Muhammad-Bande stated this at an interactive session with representatives of civil society organisations at the UN headquarters in New York on Monday.

He noted that there could be no democracy and peace if people were not allowed to freely associate and express themselves.

“The United Nations must continue to affirm freedom of association and freedom of expression regardless of location.

“Without these we cannot have a democracy and peace. Therefore, the thing is for the UN to continue to join others in insisting that the rights of individuals be upheld,’’ he said.

In the same breath, the PGA noted that freedom of expression is not absolute, and urged citizens to exercise their rights with a sense of responsibility.

However, he said authorities must subject themselves to judicial process in dealing with individuals who violate the law in the course of exercising their rights.

“That you are a journalist or a teacher does not mean you cannot do wrong.

“But if someone violates the law, let the courts make a determination and let us respect the court.

“There is also judicial process; let all of us submit ourselves to that process and let that process be fair’’, he said.

The News Agency of Nigeria, NAN, reports that the PGA was responding to a question that sought his plans on advancement of human rights with focus on freedom of the press.

It came from the Secretary-General of the International Peace Research Association, Mr. Mort Myr, who said the association was concerned about the difficulties faced by journalists from authorities.

Myr specifically mentioned the case of Omoyele Sowore, the publisher of an online medium, Sahara Reporters, being held by the Federal Government on charges of treasonable felony and money laundering.

Recall that Sowore was arrested by the Department of State Service, DSS, on Aug. 3.

The arrest came two days before a planned nationwide protest tagged #RevolutionNow, which was to be led by him.

Though the court had granted him bail, since Oct. 4, the DSS has refused to release him from custody.