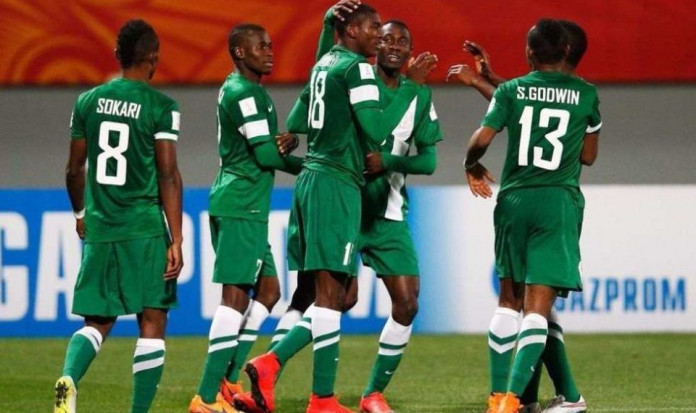 Nigeria’s U-20 team, Flying Eagles, on Wednesday come-from-behind to defeat Black Satellites of Ghana 4-2 and qualify for the semi finals of the WAFU U-20 Championship in Togo.

The Flying Eagles will face Mali in the semi-final 2018 U-20 WAFU Cup, while Niger will do battle with Senegal in the other last four clash.

Ghana took the lead through Emmanuel Toku on the half hour mark, while Emmanuel Effiom equalised for Nigeria on the dot of half time.

Few minutes into the second half, the Flying Eagles took the lead with a goal from Ibrahim Babawo.

Enyimba winger, Wasiu Alalade netted Nigeria’s third goal of the game nine minutes from time while Effiom scored his second of the game in stoppage time.

The Black Satellites of Ghana managed their second goal a few minutes later.