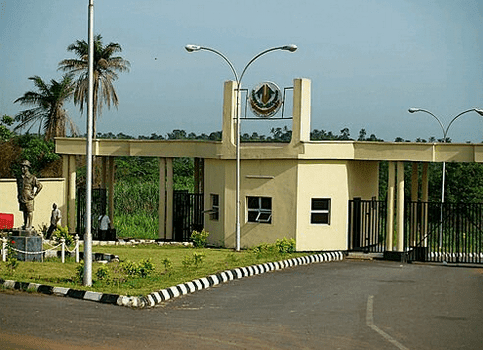 A female student of Tai Solarin University of Education (TASUED) Ijagun in Ogun State and her male colleague have died after they accidentally took substance suspected to be sniper.

The identities of the affected students are yet to be established but it was gathered the incident occurred on Sunday night at a private hostel in Ijagun town.

It was learnt that the lady, a 200 level student of Library and Information Science department, TASUED, had gone to the male student’s room but when she tarried in returning to her room hours after, her anxious room mate decided to check on her at the male’s hostel.

It was further learnt on getting to the male hostel and entered the room, the worried room mate saw them lifeless.

They were taken to the university’s health centre where the doctor on duty confirmed the female student dead on arrival.

The corpse of the lady was deposited at the state – owned hospital, Ijebu-Ode while the unconscious male student was taken to the Olabisi Onabanjo University Teaching Hospital (OOUTH), Sagamu.

But it was learnt that his parents took him to an emergency ward of the Babcock University Teaching Hospital, Ilisan, Ogun State.

However, unofficial source said the boy had passed on on Monday morning.

Public Relations Officer of the TASUED, Mrs. Odubela Ayotunde, confirmed the death of the female student and commiserated with the family.

She said: “We are just trying to do some cross – checking. So, it is the lady is the one that died in the male’s hostel in the night.

“We learnt that the guy by the time the neighbours raised the alarm, they picked the two of them, the guy was in an unconscious state but the lady was already dead.

”They rushed both to the University health centre and then to general hospital Ijebu – Ode where the corpse of the lady was deposited while the guy was rushed to OOUTH but it was learnt that his father expressed the rights to take his son to the Babcock University hospital and he was obliged.

“So, the male student is still on admission at the hospital. The incident didn’t take place at the TASUED’s hostel. It happened in private hostel in Ijagun town, the neighbouring host community.

“We commiserate with the family of the deceased while we await report of what actually transpired.”