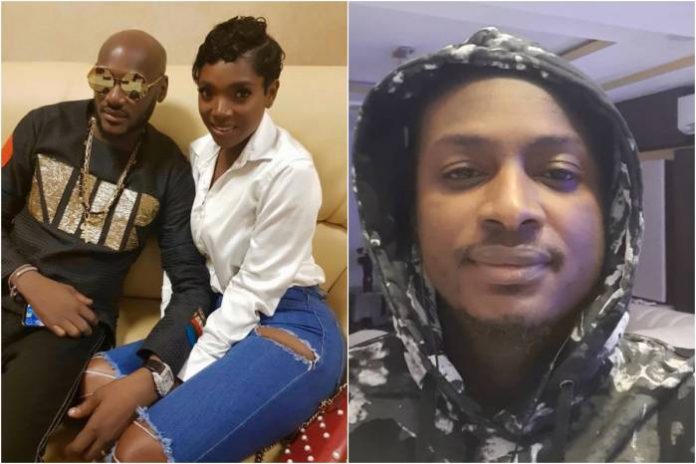 Charles Idibia, brother to Nigerian music star, 2Face Idibia, has hit back at his brother’s wife, Annie Idibia, over her IG rant.

Recall, Annie took to her Instagram stories to call out her husband over his relationship with one of his baby mamas, Pero Adeniyi.

She also accused his family of not being accepting of her.

Following her rant, Charles also took to his Instagram page to blame her for the confusion in the marriage.

He accused her of bringing up an issue that happened pre-COVID-19 because she can not have her way like she used to.

He said 2Face is dying slowly and is very unhappy in real life, but they have to put up a peaceful front that never existed.

He also accused her mother of using ‘juju’ to make things work in her favour.

He pointed out on a post made today, Friday, September 3, 2021, that he will keep mute out of respect for some people but the truth will surely come out this time. 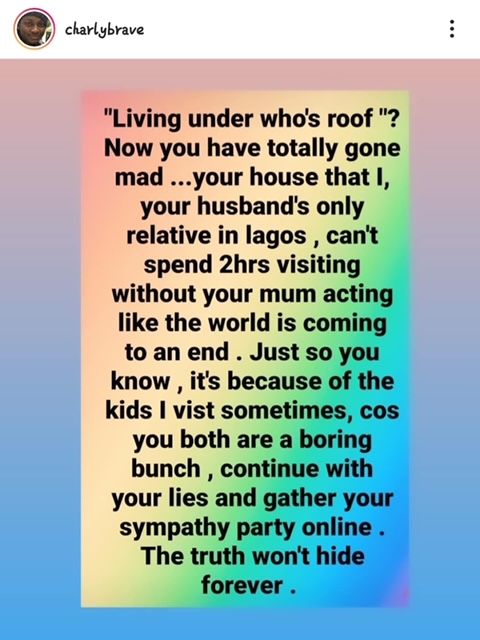 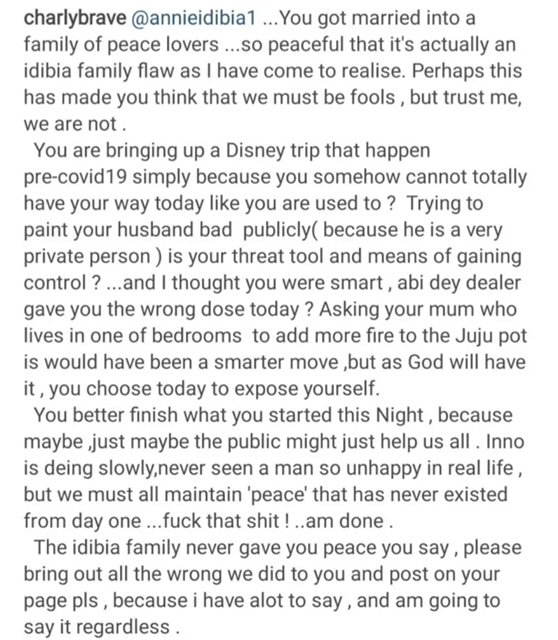 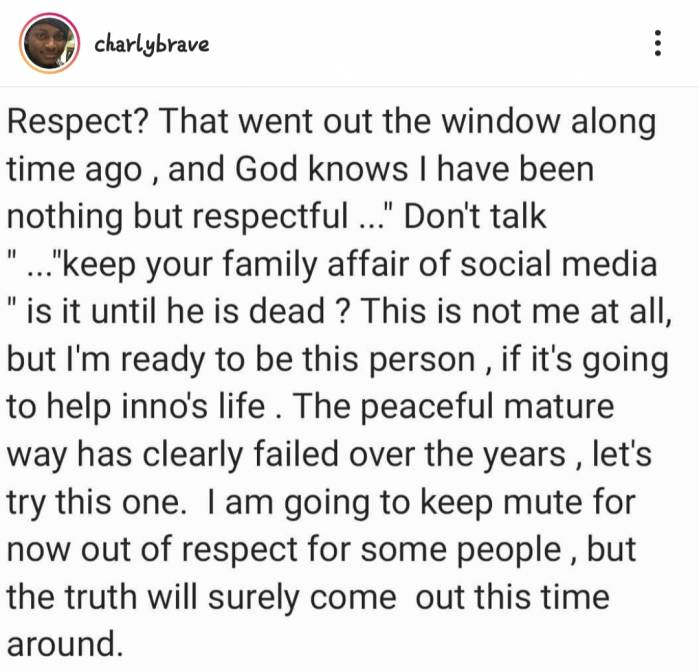