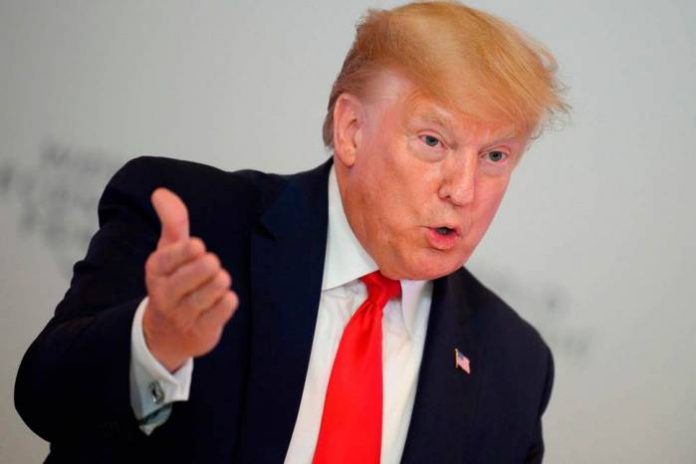 President Donald Trump will attend Friday’s March for Life, an annual anti-abortion event in Washington, he announced on Twitter.

The administration has consistently worked to regulate or restrict abortion access since Trump assumed office. His expected attendance at the march comes on the heels of his return from the World Economic Forum in Davos, Switzerland, and as the Senate impeachment trial into his conduct regarding Ukraine is underway.

Mancini said in a statement Wednesday that March for Life is “deeply honored” to welcome Trump to the group’s 47th annual march.

“He will be the first president in history to attend and we are so excited for him to experience in person how passionate our marchers are about life and protecting the unborn,” she said.

A press release for the march says Trump will speak at the event.

Mancini called Trump and his administration “consistent champions for life,” adding that “their support for the March for Life has been unwavering.”

During his tenure, Trump has appointed anti-abortion judges and opposed abortions later in pregnancy, and his administration has taken efforts to further separate federal funds from abortion services.

CNN reports that the Friday event — themed “Life Empowers: Pro-Life is Pro-Woman” — will kick off with a rally on the National Mall followed by a march that concludes at the steps of the Supreme Court. House Minority Whip Steve Scalise, a Louisiana Republican, and GOP Rep. Chris Smith of New Jersey also are slated to speak at the march.

Marjorie Dannenfelser, the president of the anti-abortion group Susan B. Anthony List, said the President’s “presence at the March for Life, the world’s largest pro-life event, signals a watershed moment for the Pro-life Movement.”

Dannenfelser previously served as the national chairwoman of the 2016 Trump campaign’s Pro-life Coalition.

Abortion rights activists slammed Trump’s announcement as a ploy to appeal to a minority of supporters on the issue.

NARAL Pro-Choice America President Ilyse Hogue called Trump’s move “an act of desperation, plain and simple,” accusing him of “turning to deception and disinformation about abortion to gin up a vocal and extreme minority as he faces the escalating reality that his presidency is crumbling around him.”

Planned Parenthood Action Fund, the political arm of the nonprofit reproductive health care organization, tweeted that “since day one, the Trump-Pence admin has sought to undermine our access to health care, including safe, legal abortion.”

“But the 77% of us who support that access will have our say in November,” the group added. “Let’s make sure that next year, he’s there as a private citizen.”