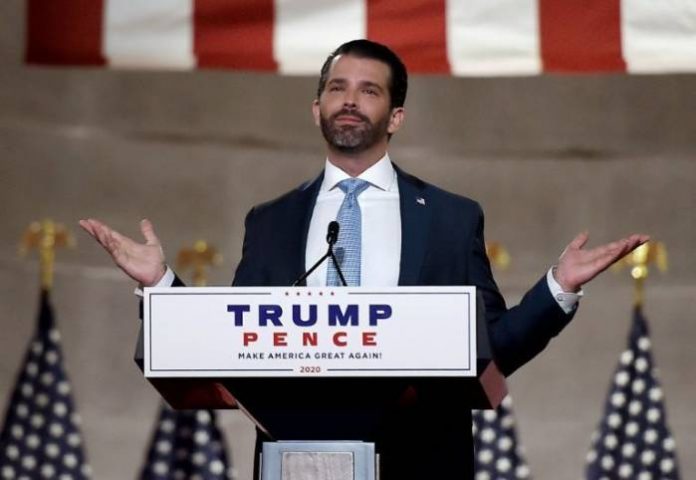 While Donald Trump’s political allies remained silent or distanced themselves Thursday from the US president, increasingly alone in his fight against what he says is widespread election “fraud”, his oldest sons declared their filial loyalty.

Donald Trump Jr., the eldest, called on his father in a tweet to wage “total war” against the cheating that he believes is tainting the presidential election.

The inflammatory tweet was framed by some, including the New York Post, as a clear sign of growing panic in the Trump camp over Joe Biden’s chances of winning the White House.

“The best thing for America’s future is for

@realDonaldTrump to go to total war over this election to expose all of the fraud, cheating, dead/no longer in state voters, that has been going on for far too long,” Don Jr. wrote on his Twitter account, where he regularly retweets conspiracy theories.

He did not provide any evidence of the cheating he alleged was going on.

“It’s time to clean up this mess and stop looking like a banana republic!” he added, before deriding the “total lack of action” from Republicans, naming some — such as South Carolina senator Lindsey Graham, usually a staunch Trump ally.

His younger brother Eric also targeted the party that his father theoretically heads.

“Where are Republicans! Have some backbone. Fight against this fraud. Our voters will never forget you if your sheep!” he wrote.

Few, however, appeared to answer his grammatically incorrect call.

Trump’s eldest daughter and one of his senior advisers, Ivanka, tweeted Thursday that her father “will always go to the mat fighting for the hardworking men and women of this great Country!”

But she has not tweeted or retweeted any of the fraud allegations championed by her brothers since Election Day.