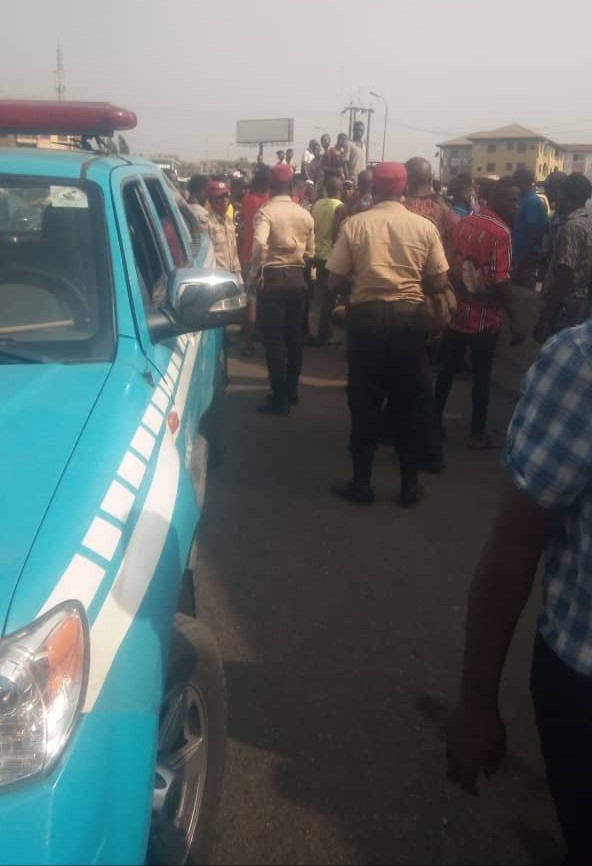 A middle-aged man has been confirmed dead in an accident involving a truck on Onitsha-Owerri highway in Onitsha, Anambra late on Saturday.

“The crash involved a Mark truck with registration number, JJJ660XB, driven by an unidentified person.

“Eye-witness reports reaching us indicate that the crash was due to break failure which made the truck to roll back and crush a man who was walking on the road.

“FRSC rescue team from Upper Iweka Outpost rushed the victim to Toronto Hospital in Onitsha. He was later confirmed dead by the doctor on duty and his body deposited at the morgue.”

The sector commander said that the driver of the truck had been handed over to the police for further investigation.

While condoling with the family of the deceased, Kumapayi warned motorists, especially truck drivers to put their vehicles in order, saying that the FRSC had started clamping down on rickety vehicles.

He also advised pedestrians to be safety-conscious before crossing highways. (NAN)