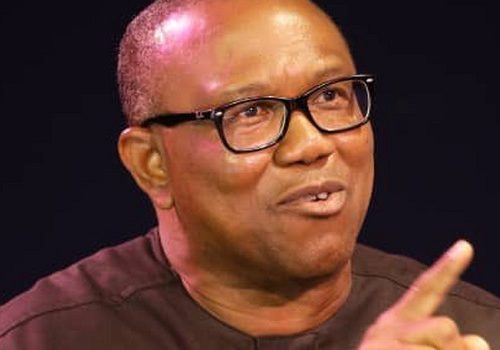 The Vice Presidential candidate of the Peoples Democratic Party, PDP, in the last general election Mr. Peter Obi, has described the Presidential Election tribunal’s rejection of the party’s request to inspect the server of the Independent National Electoral Commission, INEC, as unfortunate.

Obi, who was in court on Monday, aired his views while reacting to a question from judicial correspondents.

He said he always respects the ruling of courts even when unfavourable, but expressed shock that INEC, which is supposed to be an independent umpire of an election will argue against subjecting itself to scrutiny “when ordinary referees in a football match subject themselves to Video Assisted Referee VAR and even go further to visit it to enable them make more informed decisions.”

In a statement issued by his media office, Obi argued that with the development it would be difficult for INEC to convince anyone that it set out to conduct a free and fair poll.

The Vice Presidential candidate noted that the situation was particularly more worrisome coming at a time most of the international bodies that monitored the election gave it a low mark.