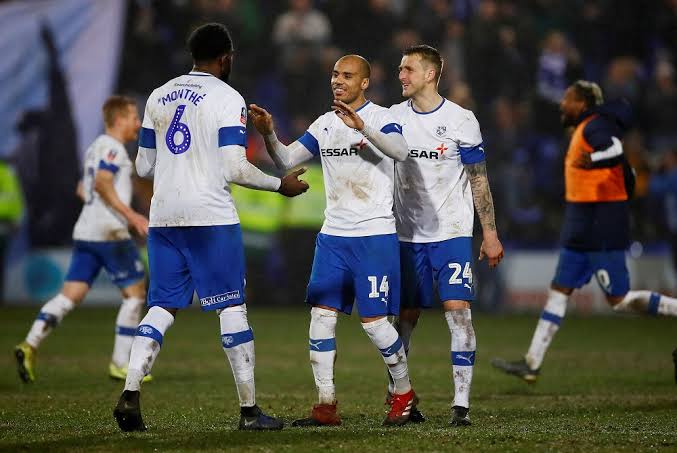 The goal was enough to set up an FA Cup fourth round clash with heavyweights Manchester United on Sunday.

Mullin had hit the post in the 71st minute after coming on minutes earlier.

He then headed in the winner at the far post in the 104th minute as Prenton Park erupted with joy after the match ended 1-1 after 90 minutes.

Emmanuel Monthe had put the hosts, who are deep in relegation trouble in League One (third tier), ahead in the 36th minute for a well-deserved lead.

Tranmere Rovers had already fought back from 3-0 down to draw 3-3 in the first match at Vicarage Road to force the replay.

Watford, who had played 48 hours earlier in the Premier League and made 11 changes for the game, worked their way back after the break.
Jose Holebas hit the woodwork just past the hour.

Kaylen Hinds, making his Watford debut, got the equaliser with a scrappy goal in the 68th minute after several defenders failed to clear the ball.

But Tranmere Rovers fought back once more and grabbed the winner through Mullin, to book a glamour fourth round tie — their first in 16 years — with their big-name opponents.