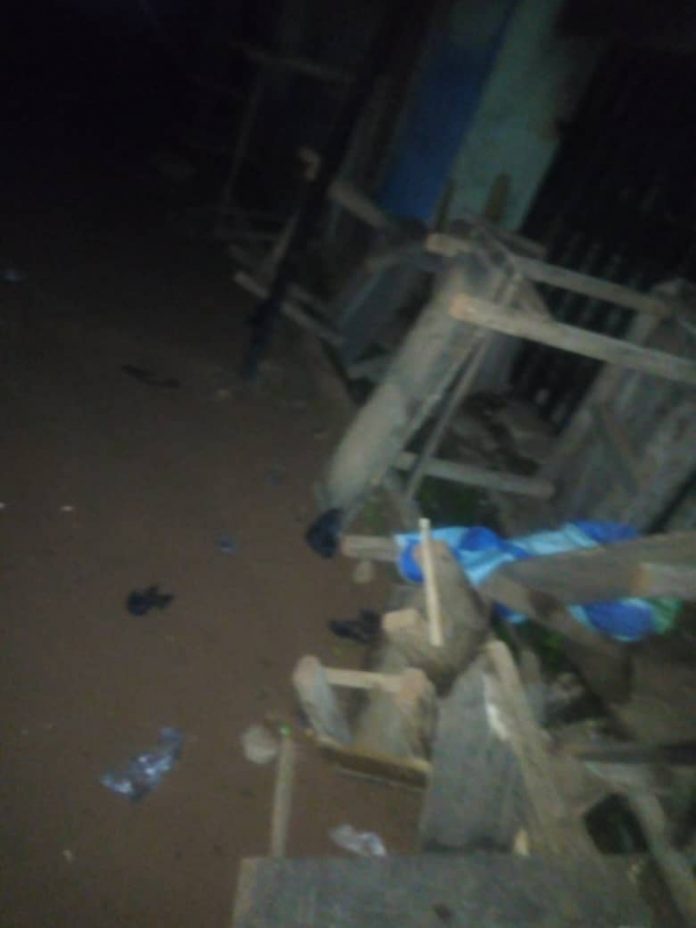 Not fewer than five persons have reportedly died and many injured after a taxi driver lost control and ran into traders and buyers at a roadside market in Gboko Local government Area, LGA, of Benue state.

An eyewitness told The Next Edition that the taxi driver was coming from Gboko town to Mkar, Gboko LGA of the state when the incident happened in front of Temperance Hotel, Akaajime, around 7pm, on Tuesday.

He said the saloon car lost control due to brake failure, killing buyers and sellers at the market which was just by the road.

The witness, who didn’t want to be named, said about five people were killed on the spot while 11 others who were badly injured were taken to some private hospitals in Gboko.

Some of the victims of the accident were, Manasseh Shima Buty Ukor, Terseer Pever, Iember Wan Ipav, among many others.

The witness who decried continuous accidents at that spot, lamented that “Despite repeated tragedies, federal, state and local governments have done little or nothing to relocate markets close to busy highway.”

Some traders, who spoke to journalists said they were aware of the risks involved in doing business in such risky locations but they have continued to use roadsides because they enjoyed more patronage.

READ ALSO: Naira Gains At Investors And Exporters Window By 0.18%

“This is not the first time this thing is happening here but government have refuse to do anything,” Vajime said.

They called on the state government to immediately intervene in the issue of roadside markets especially the roadside night markets where the accident happened by relocating them some meters away from the road and erecting speed breakers on the narrow roads to avert further occurrence.

Our correspondent reports that it was all emotional moments at the hospitals as residents troops there in their hundreds to check for their loved ones.