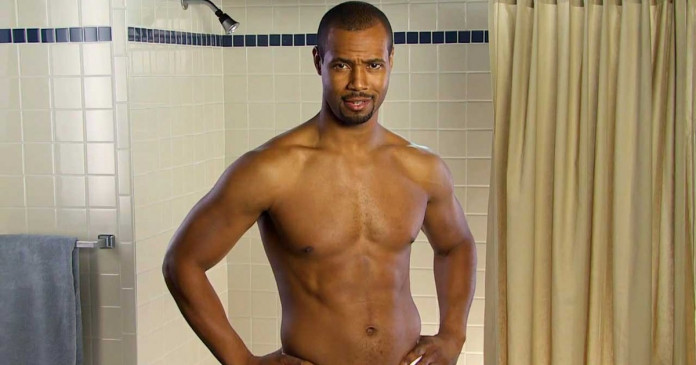 When you’re naked and turned on, there’s really no wrong way or place to touch your partner — provided they like it. But not all erogenous zones are created equal, so below, experts unpack the sexiest of spots to stroke a dude.

“These are places on his body that are literal hot spots, loaded with supersensitive nerve endings that instantly rev him up when stimulated,” explains Patti Britton, PhD, Los Angeles-based clinical sexologist and author of the The Complete Idiot’s Guide to Sensual Massage. Here, check out our guide to those nine naughty triggers, as well as the specific lick, squeeze and stroke technique for each that will send him into orgasmic overdrive.

Besides being hot and fun for you to look at, the v-zone is a hot bed of pleasure for your partner, as clinical sexologist and psychotherapist Kristie Overstreet explains. Not only is it a turn on that he gets front-row tickets to watching you stimulate him, but it’s an easy pit stop to make on the way to bone-town.

Try this: Have him lay on his back while you straddle him and give him what he really wants: a view of your scalp as you make your way down on him. Starting from his belly button, use your fingers and nails to trace a line down from his happy trail stopping before you hit total groin. Then retrace your steps, but use your tongue to trace a “V” shape from his hips to right above his penis. Draw it out and really tease him until he can’t take it any longer.

The Outside of His Lower Lip:

You know that spot between your lower lip and your chin where you usually break out? Yeah, the one that one hair always sprouts out of? That’s an erogenous zone! Lou Paget, author of The Big O and a certified sex educator, says that they’ve discovered that this tiny, delicate curve is actually packed with extrasensitive nerve receptors.

The Front of His Neck:

I bet you’ve never thought about your dude’s Adam’s apple as an erogenous zone, huh? If you have, congrats, you should probably be writing this instead of me. But for the normies out there, the thought behind this stems from how the thyroid (just below the Adam’s apple) is “closely linked to the sex organs, according to ancient Chinese medicine,” according to reflexologist Mantak Chia, author of Sexual Reflexology.

Try This: Give him a throat job — no, not like that, (you can re-hinge your jaw now.) Have him lie on his back and literally just suck his Adam’s apple. Keep your tongue flat and light, not too much pressure! Massage the area with wide circular motions to ensure you’re hitting that T-spot of the thyroid.

While male nipples are basically the same as human nipples, they might even be more sensitive than yours since guys aren’t used to having them touched so often. “For a lot of men, their nipples are uncharted territory — an erogenous zone they haven’t experimented with,” explains Britton. Touch them, however, and you’ll send shock waves of pleasure radiating through him, she adds.

Try this: Britton suggests having him lie on his back and slowly licking from his areola inwards, like an ice cream cone, but never touching tongue to nip. Get closer and closer until you flick his nipple with your tongue and then gently bite it. Britton says, “Men love when you slowly build up the pressure like that, so don’t be afraid to nip him harder than you would like to be,” If you wanna be really extra, you can suck on an ice cube beforehand for more sensation.

The Dip Under His Ankle:

Yes, the spot that always gets fucked up when you wear new shoes! Between your guy’s heel and ankle there’s a fingertip-size pressure point that holds “enormous passion potential,” according to Laura Norman, author of Feet First. “This spot is linked to the sex organs,” and “pressing it releases energy, producing feelings of pleasure.”

Try this: While in reverse cowgirl, grab his feet and pulse each pressure point in rhythm with your thrusts. Try this right before he’s about to climax to really blow his mind.

While he’s shy at first about going under his family jewels, the perineum is well worth the trip. This patch of skin is located between his balls and his anus, and is right above his prostate gland — an organ with “major orgasmic power.” Tracey Cox, author of Supersex, says a few soft strokes here will drive him to the brink.

Try this: Before he enters you in missionary, reach between his legs and grab his penis. Then, press your knuckles gently into this spot and start massaging. Right as he’s about to orgasm, push your knuckles a little deeper, to extend the fireworks.

Try this: reverse finger job. Make two tight rings around his penis with your thumb and index finger (like you’re doing the okay hand symbol ), stacking them one on top of the other, in the middle of his shaft. Twist the rings in opposite directions moving from middle to the top and base of his shaft at the same time. Cox calls this a “torrid twist” the typical one-handed uppy-downey handy. Remember to use lube, though!

The Head of His Penis:

As the most sensitive part of the penis, the head can be a fickle art to master. Barbara Keesling, PhD, and author of The Good Girl’s Guide to Bad Girl Sex, says it can be tricky to get the right level of pressure so you send him soaring into ecstasy, but without recoiling in sensory overload.

The Seam of His Testicles:

You know the spot where Gepetto glued your boy’s balls onto his body? Or like how socks always have a seam in them? Well your guy’s got one that separates his testicles and keeps them from becoming one big testilump. Cox says it’s a nerve-rich pleasure trail that runs top to bottom along his scrotum and it’s vastly underappreciated.

Try this: Try cradling his balls in one hand while gently pressing the first two fingertips of your other hand into the top of the crease (close to where the testicles connect to the base of his penis). Then, trace downwards with your fingers until you reach the bottom of his scrotum. But don’t forget to be gentle!

The F-spot is the little nubbin of flesh underneath the crown of his penis connecting the head to the shaft. It’s often overlooked because it’s part of the undercarriage, but Britton says there’s actually a bundle of nerves at this point, that when touched, “set off an amazing chain reaction of rapture.”

Try this: The next time you’re going down on him, hold his penis steady with one hand while really giving his crown your all. Each time you circle your tongue around to his frenulum, flick it a few times with your tongue stiffened, and then relax and go back to licking the crown.

If you’re looking for a way to turn your partner way TF up without even taking his pants off, look no further. As clinical sexologist and psychotherapist Kristie Overstreet explains, the pudendal nerve that stimulates all of the areas of the groin is located here, at the bottom of the spinal cord.

Try this: Have your partner take his shirt off and lay on his stomach with his arms by his side. Hot tip: keep his pants on, but pull them down a few inches for a tantalizing never-nude experience ). Lightly run your fingers and or anxiety-ravaged cuticles down across his lower back, stopping before you hit ass cheek. Do not go past his crack.

Did you know that Whitman actually wrote “I contain multitudes,” from the perspective of a sentient earlobe? Well he didn’t, but now you’ll always think of earlobes as the underrated sensitive lil’ pockets of skin they really are!

Try this: Overstreet suggests kissing your partner across his shoulder, up his neck, and stopping right before you hit his ear. Do this to both sides, because asymmetry is for the lazy. When he’s right about to lose it, start kissing his earlobe, and use your tongue to bring his earlobe into your mouth. Play around with gentle nibbles, tongue, etc. Be careful not to touch any other part of his body while doing this and see how wild he gets from you just touching his earlobes.