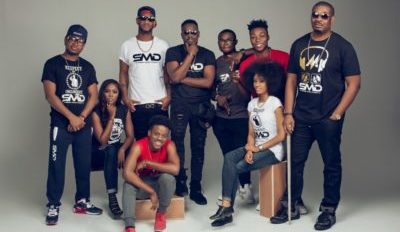 The signing of the new contract has effectively ended Tiwa’s days with Mavin Records, a music record label founded by Don Jazzy which she joined seven years ago.

Tiwa has indeed transformed from just a talented singer to an A-lister, show headliner and multiple award winner.

“We are looking forward to partnering with Tiwa and her team to help her music reach new audiences around the world. As one of Africa’s most successful, influential and dynamic singer-songwriters, Tiwa has truly global ambitions and UMG is committed to helping her in achieving them.”

Don Jazzy took to his Instagram page to send out a farewell message to Tiwa while saying thank you to her for an amazing seven years with his label and also wishing her well in her career.

“Our darling Tiwatope. We at Mavin would like to say a very big thank you for being such an inspiration to all of us, a friend, a sister. It’s been an epic journey with you and we are very proud of what we have achieved together.

“As you start this new chapter in your life we want you to know that we are solidly behind you and can’t wait for the world to see what we have always believed you can be. Your jersey as the First Lady of Mavin will forever be yours as we do not intend to fill that position with anyone else.

“We love you from the bottom of heart and pray GOD’s blessings continue to follow you. Amennnn.”