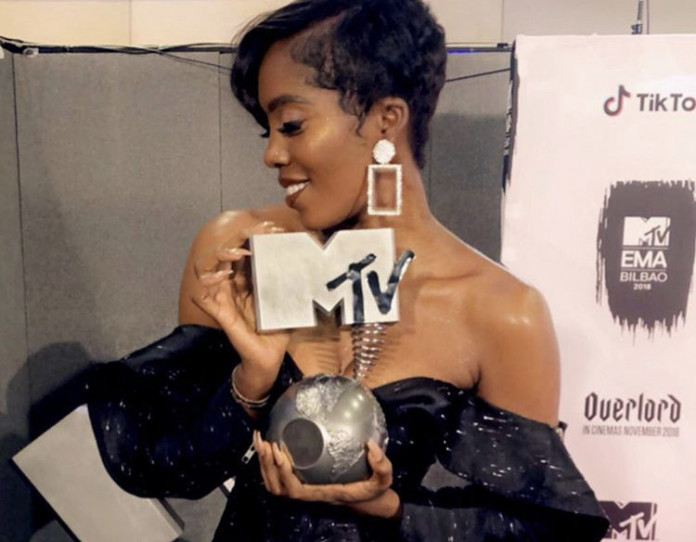 The ‘Lova Lova’ crooner snatched the record-breaking award at the 2018 MTV EMAs held on Sunday at the Bilbao Exhibition Center, Bilbao, Spain. In attendance were stars like Nicki Minaj, Camila Cabello, and a host of others.

The host for the night was actress and singer Hailee Steinfeld.

When Tiwa took the EMAs stage to speak she thanked her Team and gave a shout out to her son Jamil.

On her Instagram page she wrote: “Almighty God, you are so faithful. My savage soldiers did it for me. You have stuck with me through the roller coasters. Thank you. To my amazing team, this is just the beginning. African women, this is for us.” 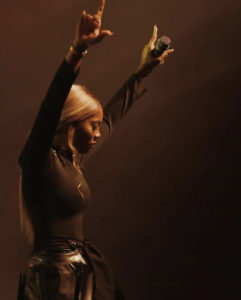 “I have been through a lot but I have kept my head up and weathered the storm because I know some little girl somewhere is dreaming like I did,”

Tiwa signed a recording contract with Mavin Records in 2012 and currently has a songwriting deal with Sony/ATV Music Publishing.

She also signed a management and publishing deal with Roc Nation in June 2016, a feat that made waves at the time.